Why Capital Is Sitting on the Reinsurance Sidelines 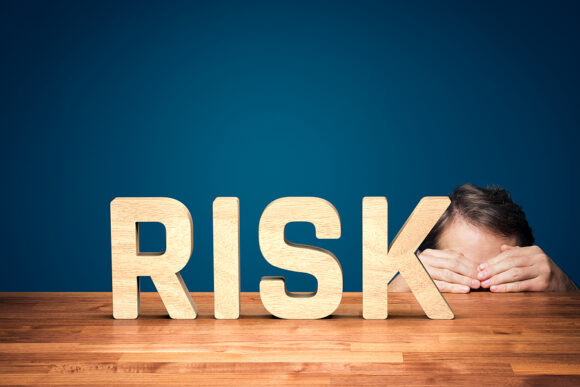 Until investors can be convinced that property-catastrophe reinsurance pricing has caught up with recurring event losses, they’ll continue to sit on the market sidelines, a market executive said recently.

During an AM Best Reinsurance Briefing, Aditya Dutt, president of Aeolus Capital Management, and Carlos Wong-Fupuy, a senior director for AM Best, described a multiyear slog of trying to discover adequate prices, with no respite from hurricanes and secondary perils. In short, what Dutt referred to as a “clean year”—a disaster-free period in which investors could comfortably feel that prices had risen to levels consistent with profitability—hasn’t happened in the last five.

In addition, with interest rates rising, cost of capital hurdle rates are moving up too, they said, offering a second obstacle to capital inflows to the reinsurance market.

“Here we are, five years later after ’17, continuing to engage in a process of price discovery,” Dutt said.

“If the industry is constantly changing and engaging in price discovery, that becomes a difficult process,” he said.

Jan. 1 Renewals: ‘They Got Done’; Carrier Overreliance on Reinsurers Corrected

Dutt contrasted the five-year price discovery struggle to prior hard markets—post-9/11, post-Katrina, following the 2011 Tohoku earthquake in Japan. “Every year after those tragedies, we happen to have a clean year. So each time, investors were rewarded for entering the market. Each time, they believed they’d reached a pricing equilibrium.”

“That has not been true for the past five years. Until we convince investors, which is very difficult to do, that we have reached pricing equilibrium, it’s very difficult for capital to come back in.”

The stress of natural catastrophe activity over multiple years “hasn’t been driven by one significant event. Even in years without a major event, the accumulation of medium-sized or smaller events have translated into an average of claims in excess of $100 billion,” AM Best’s Wong-Fupuy said.

“We have a segment, which has been, by our estimates, generating ROEs [returns on equity] around four or five percent in a market where cost of capital is at least twice as much. This in a context where we have increased economic uncertainty, concerns about inflation and recession—that cost of capital is due to increase even further,” he said.

Both Dutt and Wong-Fupuy noted that ILS investors were attracted to property-cat risk in the past by another factor—a long-term low interest rate environment.

“We could argue that, say, prior to 2017, the problem was that investors didn’t have any alternative investment options and that was the reason why we had a buoyant ILS market,” said Wong-Fupuy. “Now, the situation is different,” he said, referring to the consequences of rising interest rates and a heightened perception of risk. The “risk premium, that has widened significantly,” he said.

“As cost of capital goes up for everybody, including ourselves, we need to establish that the excess margin, or the margin that we’re able to get from our product is something that’s sustainable,” said Dutt. “That’s very difficult to do when you have an economic environment, an interest rate environment in constant flux and a perception that the risk is in constant flux….

“Until we do that, capital will continue to be somewhat circumspect of this market. And I don’t think this is a six-month process or a 12-month process. I think this is a process of re-engaging with investors over a longer period of time on the merits of our asset class, which certainly exist,” the Aeolus Capital Management leader said.

Wong-Fupuy noted several times that in spite of significant cat events in the last five years, AM Best considers the market well-capitalized. “It hasn’t gotten to the point where we could talk about a significant erosion of capital,” he said, distinguishing the strength of the reinsurance market today with conditions in place during periods of significant startup activity, when capital was dented.

Wong-Fupuy said the reinsurance market is well-capitalized while acknowledging a temporary drop in capital related to unrealized investment losses. “There are no pressures on liquidity. Hopefully, things will recover. There haven’t been any rating pressures,” he said.

Responding directly to the question of whether there would be a “Class of 2023,” posed by Moderator and AM Best Managing Director Anthony Diodato, Wong-Fupuy said, “We see lots of interest from management teams about new projects. There is definitely lots of discussion about that. But that caution from the investor side is still there.”

With 1/1 renewals in the rearview mirror, AM Best expects “a bit of further increases in rates, [tougher] terms and conditions for the rest of the year—[and] we’ll see some new capital coming up. But experience tells us that it’s very unlikely that it’s going to be a flood of capital as we saw in previous cycles. Most likely, it’s going to be something very specific and much more diversified than being exclusively a property cat venture,” he concluded.

Later in the briefing, he came back to the question of when capital might jump off the sidelines, recalling AM Best’s response from last summer: “Before we see new capital actually convincingly entering the market, we need to see a couple of years of stable, strong profits.”

Said Wong-Fupuy, “Since companies have been trying to rebalance their portfolios, re-underwrite risks, moving away from property cat, we started to see that [in] some way that was translating to better profits. And, guess what? We had Ian. And things definitely changed.

“All-in-all, results are still looking a bit better than in previous years, but we’re not yet there. It will take time….We’ve seen all these price increases, but let’s see how the year pans out and whether that’s enough,” he said.