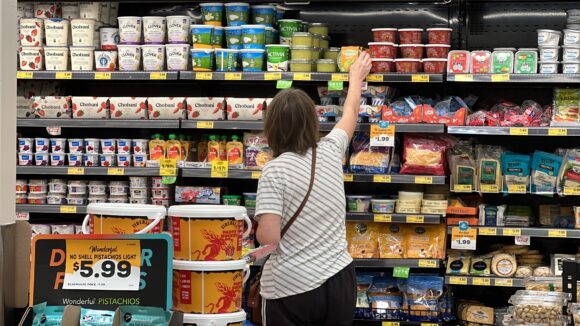 The U.S. government plans to impose new regulations on food producers and handlers aimed at reducing fraudulent schemes in which non-organic products are sold as organic, one of the biggest changes to oversight of the industry in decades.

A final rule from the U.S. Department of Agriculture (UDSA), published online on Wednesday, seeks to increase confidence among consumers and ensure proper behavior by businesses that sell food marketed as organic for premium prices. It is set to be implemented in 2024.

Federal investigations show selling non-organic grains and oilseeds as organic can lead to tens of millions of dollars in fraudulent sales within a few months, the USDA said. The crops are often used as livestock feed to produce organic meat or eggs.

The rule requires certified organic operations to improve recordkeeping and mandates the use of import certificates for all organic products entering the United States. U.S. imports of organic crops from India and the Black Sea region declined in recent years after the USDA toughened oversight.

The government will also establish training requirements for agents who certify products as organic and require agents to conduct unannounced inspections of at least 5% of operations annually, according to the rule.

“This rule will help prevent loss of organic integrity, which can occur both through unintentional mishandling of organic products and intentional fraud meant to deceive,” the USDA said.

The rule represents the biggest changes to organic regulations since the creation of USDA’s National Organic Program more than 20 years ago, said the Organic Trade Association, an industry group. Total U.S. sales of organic products reached more than $63 billion in 2021, association data show.

“For more than a decade, operations have been undercut by fraudulent products that have no business carrying the organic seal,” said Abby Youngblood, executive director of the National Organic Coalition, another industry group.

Last week, two Minnesota farmers were charged in a superseding indictment with conspiring to defraud grain purchasers out of $46 million by selling grains falsely labeled as organic. In 2019, a Midwestern grain dealer and three farmers were sentenced to prison for falsely marketing more than $120 million in crops as organic.