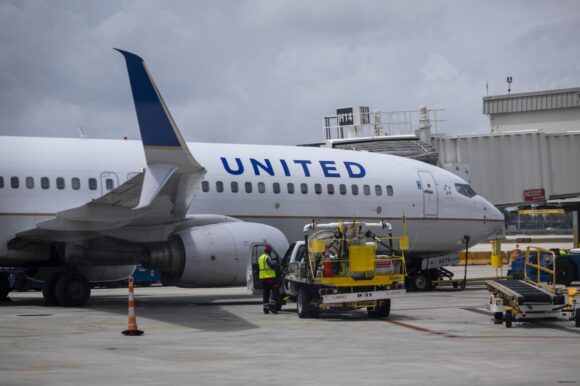 United Airlines will pay $305,000 to a Buddhist pilot and will provide other relief to settle a religious discrimination lawsuit filed by the Equal Employment Opportunity Commission (EEOC), the federal agency’s New York office announced.

According to the EEOC’s lawsuit, the pilot was diagnosed with alcohol dependency and lost the medical certificate issued by the Federal Aviation Administration (FAA) required for flying. One of the requirements of United’s occupational treatment program for pilots with substance abuse problems who want to obtain new medical certificates from the FAA is that they regularly attend Alcoholics Anonymous (AA).

The pilot, David Disbrow, who is Buddhist, objected to the religious content of AA and sought to substitute regular attendance at a Buddhism-based peer support group, Recovery Dharma. United refused to accommodate his religious objection and, as a result, the pilot was unable to obtain a new FAA medical certificate permitting him to fly again, the agency charged.

The EEOC maintained that the airline’s refusal to adjust its mandatory AA attendance requirement violates Title VII of the Civil Rights Act of 1964, which prohibits discrimination based on religion. Under Title VII, employers must make a reasonable accommo­dation for an employee’s sincerely held religious beliefs, so long as doing so does not impose an undue hardship on the employer’s business.

After first attempting to reach a pre-litigation settlement, the EEOC filed suit in U.S. District Court for the District of New Jersey.

Under the consent decree that resolves the lawsuit, United Airlines does not admit to any wrongdoing and denies any liability.

United will pay the pilot $305,000 in back pay and damages and will reinstate him into its treatment program — known as HIMS or Human Intervention Motivation Study — while allowing him to attend a non-12-step peer recovery program. The company will also accept religious accommo­dation requests in its HIMS Program going forward, institute a new policy on religious accom­modations, and train its employees.

“Employers have the affirmative obligation to modify their policies to accommodate employees’ religious beliefs,” said EEOC New York Regional Attorney Jeffrey Burstein. “If they require their employees to attend AA as part of a rehabilitation program, they must make sure that they allow for alternatives for their employees who have religious objections to AA.”

In the consent decree, United promised its employment assistance program staff will familiarize themselves with Recovery Dharma, the pilot’s preferred support group, and will accept Disbrow’s participation in Recovery Dharma at least three times a week in lieu of attending AA as part of the HIMS program.

At the same time, the airline makes no guarantee that a medical examiner will approve of Disbrow’s recovery plan or support him in regaining a medical certificate from the FAA.

The decree notes that Disbrow never raised a religious objection to participating in meetings where other pilots discuss the concepts of AA, God, or Christianity. His objection was to his mandatory participation in AA. United agrees that it will not require Captain Disbrow to participate in AA and Disbrow acknowledges that the concepts of AA, God, or Christianity could be discussed in the group monthly HIMS monitoring meetings, and he has no religious objections to such discussions.

Gunmaker Sig Sauer Faces Suit from Officers, Others Claiming Gun Goes Off by Itself