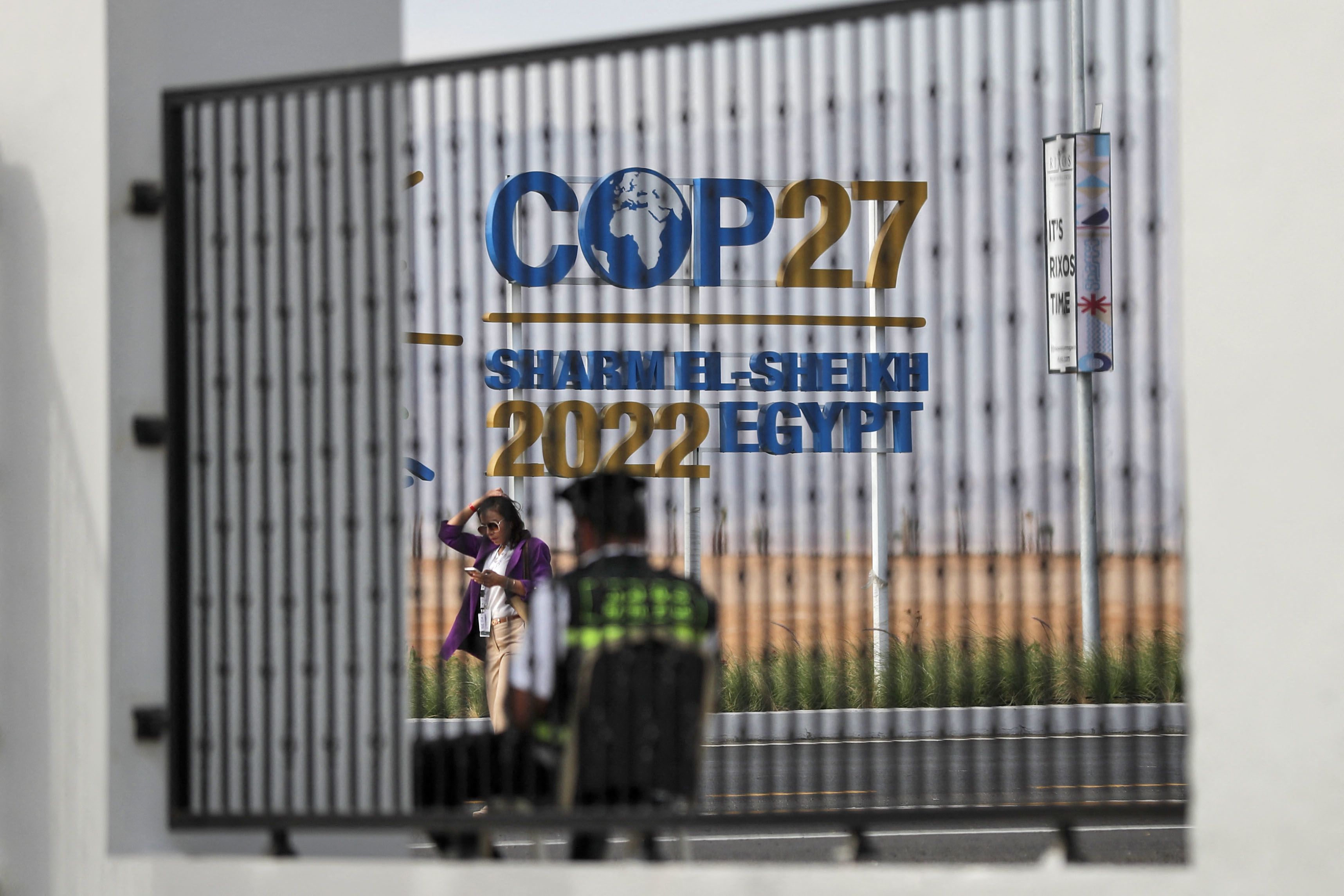 The COP27 climate talks in Egypt, which came close to collapse on their final day, neared resolution Sunday with a last-minute deal to create a fund to aid poor countries harmed by the impacts of climate change.

The agreement marks a landmark moment in global climate politics — an acknowledgment that richer nations are responsible to the developing world for the harm caused by rising temperatures. The deal, which was adopted without a single objection, responds to a key demand of developing nations and small island states.

Delegates agreed to establish funding arrangements for loss and damage, as it is known, in the very first minutes of a meeting that convened after 4 a.m. in Sharm El-Sheikh. But they were still deliberating over other thorny issues, including how the world should navigate the transition away from fossil fuels and rein in greenhouse gas emissions driving climate change.

Debates were still expected over a potential pledge to phase down all fossil fuels and peak emissions by 2025 — language that had been sought by the EU and other countries. But the loss and damage agreement already marked progress, three decades after Vanuatu first asked other nations to set up an insurance fund to help island nations cope with rising seas.

On loss and damage, countries agreed that the most vulnerable nations would be prioritized, and high emitters like China and India may also be able to contribute to the fund.

Under the agreement, the nations decided “to establish new funding arrangements for assisting developing countries that are particularly vulnerable to the adverse effects of climate change, in responding to loss and damage.” That includes a focus on “providing and assisting in mobilizing new and additional resources,” which are meant to complement existing programs and funds.

The breakthrough came after a flurry of last-minute negotiations over how to address the increasing toll climate change is exacting from developing nations that have contributed few of the greenhouse gas emissions driving the phenomenon. The issue took on new urgency following monsoon flooding this summer in Pakistan that left more than 1,700 dead and caused at least $30 billion in losses.

Vulnerable nations had asked for a new program to provide technical assistance and funding as they deal with more intense droughts, storms and other weather events exacerbated by the Earth’s warming. There are still numerous details left to work out, including how the loss and damage facility will actually work or the amount of money that will go into it.