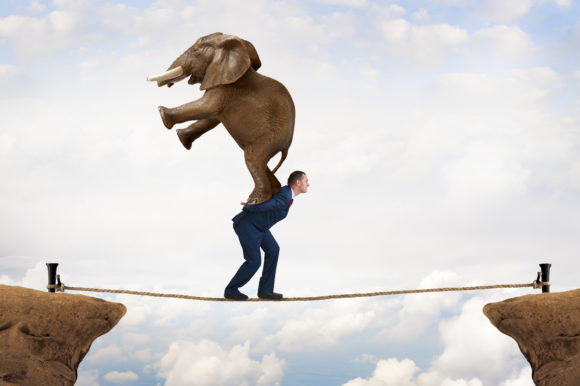 Investment funds and other non-bank financial institutions face their first “stress test” next year to apply lessons from the near-meltdown in Britain’s pension fund sector, the Bank of England (BoE) said on Tuesday.

The BoE had to step in from September to buy 19.3 billion pounds ($23.75 billion) of government bonds to stabilize markets after turmoil caused by the fiscal plans of Liz Truss’s short-lived government.

The BoE’s Financial Policy Committee (FPC), which monitors the financial system for risks, said on Tuesday the LDI crisis showed the need to test how non-bank financial institutions (NBFI) cope with stresses.

“The Bank will run, for the first time, an exploratory scenario exercise focused on NBFI risks, to inform understanding of these risks and future policy approaches,” the FPC said in its half-yearly Financial Stability Report.

Further details will be set out in the first half of 2023.

“There is also a need to develop stress-testing approaches to understand better the resilience of NBFIs to shocks and their interconnections with banks and core markets,” the FPC said.

“Another layer of regulation just causes more work. But on the other hand we as fund managers shouldn’t have anything to fear from all this because we are probably doing it all already,” Birrell said.

The test will focus on the UK government and corporate bond market and its main participants such as banks, which play a core role in financing the UK economy.

LDI funds are often listed in Ireland and Luxembourg, where regulators – along with their UK counterparts – have introduced quick fixes that forced funds to maintain far higher levels of cash.

They can now cope with a 300 to 400 basis point move in interest rates, well above the 150 basis point level held before September’s turmoil.

The FPC said it would work with counterparts in the European Union to come up with minimum cash buffer guidance on a longer-term “steady state” basis, which could potentially push up fees to absorb the cost or make the use of LDI funds unattractive.

Jonathan Lipkin, director for policy, strategy and innovation at the Investment Association, said the sector would work with regulators so that any risk measures put in place are proportionate.

Britain’s pensions regulator is due to update its guidance to the sector, which could include the new steady state cash buffer levels, data reporting and requirements for fund trustees to speed up decision-making in a crisis.

The regulator said on Tuesday it would likely update its guidance for trustees using LDI in April, to ensure schemes have sufficient resilience.

The FPC said it also backed a call from the Financial Conduct Authority to regulate consultants who advise pension funds.

Regulators worry there is too little data on hidden leverage in the system, as shown by LDI.

“The episode also exposed deficiencies in how banks monitor and manage risks with respect to LDI funds,” the FPC said.

The FPC said there would be a consultation paper in 2023 on likely moves to require money market funds – which struggled when economies went into COVID-19 lockdowns in March 2020 – to hold more cash.