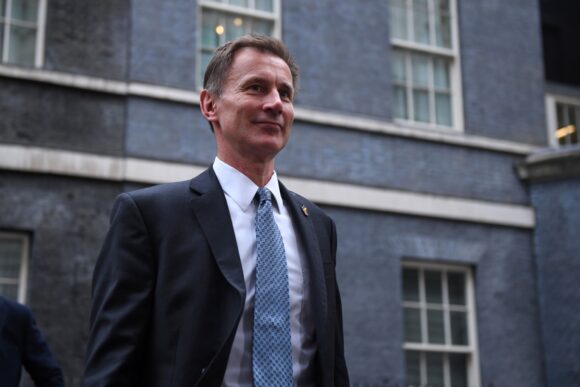 The UK government is close to an agreement with regulators over insurance capital reforms intended to release billions of pounds of investment into the economy.

Jeremy Hunt, the Chancellor of the Exchequer, will announce the details as part of the fiscal statement on Thursday if the talks are finalized in time, according to people familiar with the matter, who did not want to be identified discussing confidential arrangements.

The Treasury is hoping to strike a deal with the Prudential Regulation Authority over the Solvency II rules after months of conflict between the two sides over how far deregulation should go. Those talks could still break down, one of the people said.

Ministers have pushed for insurers to be able to direct more capital into areas such as infrastructure and climate transition. The PRA has warned that loosening the restrictions on where insurers can invest could put future policyholders at risk.

The two sides have got closer recently, according to the people familiar with the matter who didn’t want to be identified discussing private negotiations. The industry is now bracing for the deregulation to not go as far as they’d like, according to one of the people.

“We are committed to delivering ambitious reform – including of the Solvency II rules – of the UK financial services sector,” a Treasury spokesperson said. “We will set out further detail in due course.” The PRA did not comment.

Hunt is gearing up to announce a range of reforms aimed at boosting the City of London as the government strives to show the UK’s potential for growth even as it battles with a big hole in the public finances. The statement is expected to be dominated by wide-ranging tax rises and spending cuts.

Other possible policies which could feature on Thursday are the rolling back of EU rules stipulating that fund managers must pay for analysts’ research. That would allow banks to bundle research with other services and boost coverage of smaller companies, with an aim of stimulating investors’ interest in them, according to the people.

There could be measures to enhance the UK’s fintech sector and capital markets reforms to tempt fast-growing and overseas businesses to list in London, the people added.

The government is also working on plans for an intervention power over regulators to go into its Financial Services and Markets Bill, which is going through Parliament.

The Treasury initially raised the prospect of a call-in power last year, partly as a way to sway the PRA over the Solvency II reforms. If a deal is finally reached, the call-in could be watered down or dropped, the people said.

Measures to change Solvency II – EU rules introduced across the bloc including in the UK in 2016 – also need to be put into the finance bill. The draft is due to become law by the Spring.

–With assistance from Alex Wickham.