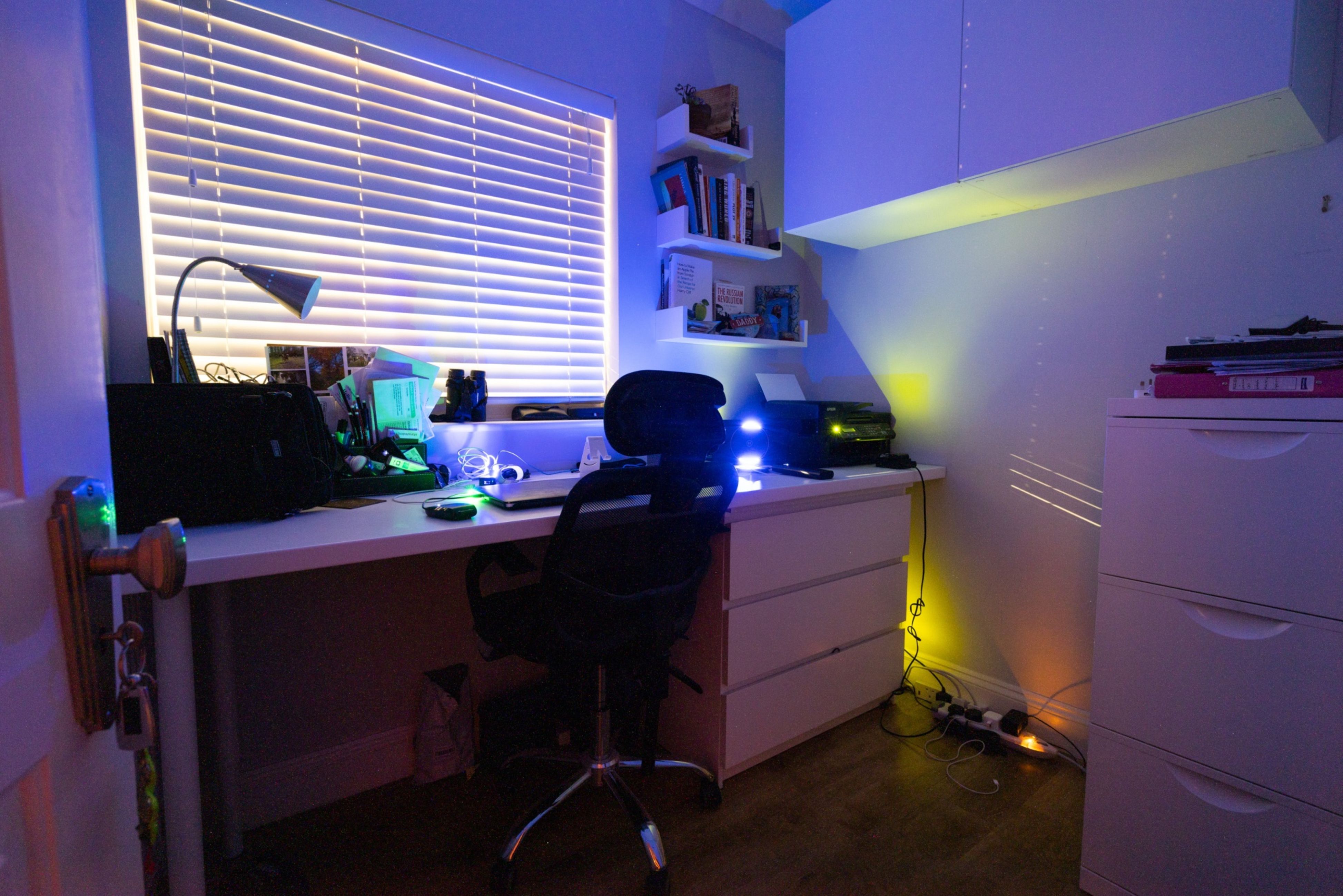 Coffee makers. Television sets. Washing machines. Practically every appliance and electronic device you have plugged in at home is using some electricity — and adding to your utility bill — even when it isn’t in use or even turned on.

The problem is known as standby power, and it’s getting worse as people acquire more appliances, more equipment goes electric, and a growing number of devices get “smart,” or connected to the internet. It’s no longer uncommon for a household to have dozens of appliances plugged in at any given time — from a microwave with a digital clock to a smart light bulb synced to an app on their phone — and the collective electricity consumption of all these items in low-energy mode is not trivial.

Quantifying standby power, however, can be tricky. “There is not a generally agreed-upon estimate for the fraction of residential electricity consumed by standby,” says Alan Meier, a senior scientist in the Building Technology and Urban Systems Division of Lawrence Berkeley National Laboratory. “This is because there is no agreed-upon definition and no comprehensive set of field measurements.”

Meier’s “best guess” is that standby makes up “5 to 10% of electricity use in an average American home,” though he warns that “it’s only going to grow over time.”

Others estimate the percentage can already be even higher. Ram Narayanamurthy, Emerging Technologies Program manager at the US Department of Energy, pegs baseline energy usage in his own home at around 20% of annual electricity. His definition of baseline energy overlaps with what others in the field attribute to standby power, such as Wi-Fi routers, cable modems and voice assistants that “remain connected just so you have no latency when you want to use them.”

“That baseline energy usage is something that many people are not aware of,” Narayanamurthy says, “and it’s something we’re trying to understand better and focus better on how we can address that.”

One reason is to help consumers save money at a time when many are tuned in to even small changes in their energy bills. Another is to help tackle climate change. In 2021, the building sector represented around 37% of global carbon dioxide emissions, according to the Global Status Report for Buildings and Construction released last month at COP27 climate talks in Egypt. Part of the push to decarbonize buildings includes finding ways to reduce their energy use, says Narayanamurthy.

Individually, most appliances aren’t using much power in standby mode: In a US home today, the average standby level of any given gadget is likely to be 3 watts or less, with many items coming in around 1 watt or less. That’s according to a review of published literature and measurements directly conducted by scientists this year at the Lawrence Berkeley National Laboratory. Low-consuming appliances and home equipment includes everything from air purifiers to cell phone chargers, fans and televisions.

Meanwhile, many of the appliances or tools with the highest average standby power levels today are critical infrastructure that you wouldn’t want to turn off for functional or safety reasons, from security systems to water heaters.

For certain items built with a hard mechanical on/off switch, such as some fans or kettles or laptops, standby power can be reduced all the way to zero. For many older devices, however, the maximum standby power can sometimes be five or 10 times higher than the average.

There can also be a big range in standby depending on product type. Take video games. Various Xbox devices, excluding the original and 360 models, have standby levels starting at 8.6 watts. In contrast, many Nintendo and Playstation systems have lower standby levels ranging from less than 1 watt to 5.7 watts.

Further complicating things, there’s no easy way to tell what the standby power of a device is by looking at it. “That’s one of the frustrating parts — you may be thinking it’s zero but it may still be consuming power,” says Meier. On newer appliances, digital displays or lights can be clues that standby power is not zero, he adds, “but in general, there’s no way to tell that without measuring.”

“People would always tell me their cat used to love to sleep on their set top boxes because they were so warm,” says Jennifer Amann, a senior fellow at the American Council for an Energy-Efficient Economy. “Anything that’s hot is a sign that it’s losing power.”

These devices usually had two prongs, or teeth, and were so good at sucking up energy while their owners slept that they were sometimes referred to as energy vampires, or vampire appliances. “It’s a nice metaphor — the vampire constantly drawing electricity,” says Meier.

Since then, Meier notes, “there has been extraordinary progress” that started with governments implementing both mandatory and voluntary programs designed to incentivize manufacturers to reduce standby levels. In the US, for example, the government’s voluntary Energy Star program started factoring standby power into its rating and testing of some consumer goods, a move Amann says helped drive down the standby loads of electronics and office equipment. South Korea and countries in the European Union, meanwhile, began requiring lower standby levels for certain products.

All these initiatives “did really change the nature of these loads to be individually not too bad,” says Wyatt Merrill, a Technology manager working on emerging technologies at the US Department of Energy.

Then the nature of the problem changed. It’s now “driven mostly by the fact that we have so many more plug loads than we did twenty years ago,” says Merrill. “The new challenge is how do you coordinate across all these different loads and think about them collectively.”

If you’re curious about the standby footprint of your own home, “the first thing I would do is not so much look at your appliances but try to look at the electricity consumption and your smart meter and find out what’s happening at 3 a.m.,” says Meier. This will likely give you a sense of the lowest level of continuous energy consumption in a day, some of which will be standby.

If you don’t have a smart meter, handheld watt-meters — available online, at hardware stores and sometimes in the local library — can measure standby levels. First, you plug your meter into an outlet and then plug the device into the meter; a screen on the meter shows power use.

A simple way to eliminate an appliance’s standby power is to unplug it entirely. But experts don’t recommend this for devices that are used regularly or where unplugging could pose a safety risk. Meier suggests starting with seasonal appliances, such as lawn mowers, window unit air conditioners and snow blowers.

Other possible candidates for unplugging: small kitchen appliances, especially when you’re on vacation; spare television sets or cable boxes in barely used guest rooms; and any lingering VCRs or other gadgets that are at this point more novelty than utility.

Those types of small changes can help. But going on an unplugging spree in your home isn’t a long-term solution to standby power. “These things need to be fully autonomous and do things without any intervention in order for the user to have the long term [energy] savings,” Merill says. “I don’t think the solution is going to come in terms of behavior.”

To contact the author of this story:
Zahra Hirji in Washington
at [email protected]