The Insuring Cyber Podcast’s Most Listened Episodes of 2022 From the next wave of InsurTech to diversity and inclusion within the cybersecurity and insurance industries to bias within artificial intelligence Technology, The Insuring Cyber Podcast listeners were paying attention to a range of issues last year. Take a trip down memory lane on this episode and look back on the top five most popular episodes of 2022. 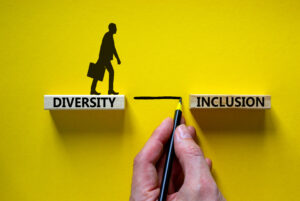 The cybersecurity and insurance industries have been talking about prioritizing diversity, equity and inclusion for a while, but Larry Whiteside, co-founder and president of Cyversity, says conversations aren’t enough.

“I will never forget the first time that I sat on a panel speaking about the need for diversity in cybersecurity,” he says on the most recent episode of The Insuring Cyber Podcast. “Well, that was over 10 years ago. And here we are, and the numbers have gotten better, but they’re nowhere near where they should be.”

Cyversity is an organization seeking to achieve consistent representation of women and underrepresented minorities in the cybersecurity industry through programs designed to mentor and educate.

In addition to cybersecurity, another industry with a need for greater diversity within its workforce is cyber insurance. The National African American Insurance Association (NAAIA) is seeking to meet this need through its efforts to empower African American insurance professionals and celebrate their accomplishments, as well as attract diverse talent to the industry.

“I think some of the biggest barriers to entry – one is awareness,” says George Woods, head of US Property and Casualty Broker Sales Management at Swiss Re and vice chair of the board at NAAIA, in this podcast episode. “I don’t think that a lot of African Americans in the insurance Industry are truly aware of the opportunities in this space to actually have a career.”

“I think that this work has been so powerful and so well received because we are not creating the need,” added NAAIA Executive Director Margaret Redd later in this podcast episode. “The need is there.”

2. Riding the Wave of InsurTech 3.0: What It Takes to Not Just Survive, But Thrive 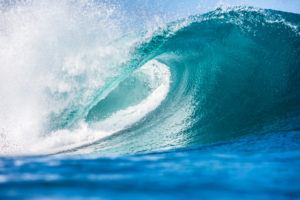 As the InsurTech industry approaches the next wave of innovation, experts say this could mean navigating rough waters.

Jeff Radke, CEO and co-founder of Accelerant, added earlier in the episode that while InsurTech 1.0 focused on the consumer insurance space, the next phase – InsurTech 2.0 – moved toward business-to-business and commercial products.

“3.0, at least as I’ve heard it described and the way we tend to think about it at Accelerant, is a little more broad in that, I think, it’s focused very much on accessing high quality data and making it available across all the players,” he said. “I guess the fancy word for that would be transparency.”

3. Hey Siri, What’s Next for AI and Robotics in Insurance? 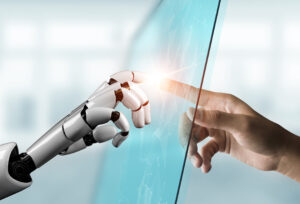 A lot has changed in the world of automation since Apple first launched its virtual assistant, Siri, on October 4, 2011. It’s a date that musician, actress, and public speaker, Susan Bennett, remembers well because she’s the original female, American voice behind Siri.

“It is still weird,” she said on this episode of The Insuring Cyber Podcast. “It’s like, ‘How many millions of people know my voice?’ …I don’t really think about that aspect of it.”

Since Siri launched more than 10 years ago, virtual assistants and customer service robots have popped up in many industries, including insurance. This has become so prevalent that Washington State University researcher Soobin Seo made customer service robots a focus of a recent study detailed in an online International Journal of Hospitality Management paper. The study found that of 170 people surveyed in hypothetical customer service robot scenarios, participants preferred interacting with female robots. Focused exclusively on the hospitality industry, Seo examined how certain traits, such as gender, play a role in how people interact with AI robots.

But what does this mean for insurance as automation is increasingly used to enhance the consumer experience?

“I think the spotlight will be on this issue,” said Liz Grennan, expert associate partner at McKinsey Stamford. “As humans, we have these preferences that are underscored by gender bias. Some of them may be harmful, and some of them may be neutral, but I think that the spotlight on the issue will only be turned up. I think every organization from insurers to consumers to banking, everything, will have to think about this. In 10 years from now, folks will look back and say, ‘What did you perpetuate? What did you contribute to?’”

Doug McElhaney, partner in McKinsey’s Washington D.C. office, agreed, adding that certain questions will become important for insurers as they integrate more of this Technology into their business.

“This is another good example of where careful scrutiny of the development of some AI-related capability is really important, because all of the AI is trained on massive volumes of historical data, so you can very quickly get caught in this trap where you run these devices, you train them up, and then you start to see a trend,” he said. “You have to ask yourself, ‘Is that what I should be saying? Is that something that’s an artifact of the data that was used to train this?’ Then you have to ask yourself the question, ‘What should we do about that?’ Because I don’t think that’s an obvious, easy answer. It’s obvious to say maybe that should change, but how? How do we go in and correct for that, and to what degree? I think those are the thorny issues that we’re going to have to navigate over the next couple years.”

Bennett said that female voices being used for virtual assistants like Apple’s Siri and Amazon’s Alexa could point back to the days of telephone operators.

“I was asked a question like this a lot when I first revealed myself as the voice of Siri, and I think what happened with the AI voices and a lot of the original voices being female, was kind of a progression from the operators that they used to have with telephones,” she said. “It was like a precedent had been set that females were doing that type of work.”

4. How Should Insurers Be Thinking About Digital Privacy Post-Roe v. Wade? 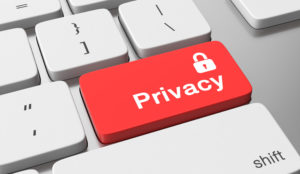 The U.S. Supreme Court’s June overturning of the 1973 Roe v. Wade decision protecting women’s constitutional right to an abortion has brought with it reports of growing digital privacy concerns.

Most of the concerns center on individuals’ collected data due to things like location tracking, text messages, search histories and emails, as well as period and ovulation-tracking apps. But concerns have also been raised around how big Tech and insurance companies, including insurance Tech providers, are safeguarding personal data and rethinking their own cybersecurity in the process.

“If you are a person who works with abortion providers right now in the United States, then you are aware that their data is under attack,” said Eva Galperin, director of cybersecurity for nonprofit The Electronic Frontier Foundation, on this episode of The Insuring Cyber Podcast. “So the threat to them is extremely real, and they have been taking it seriously for a very long time. And I don’t expect that threat is going to be lessened anytime soon. In fact, I think it’s much more likely that things are about to get much, much worse.”

“It certainly is an opportunity,” he said. “I do think it is another example of this wave of privacy regulation really impacting what’s going to happen in cyber insurance in the future.”

Although the future of the cyber insurance industry remains to be seen, he said the steps cyber insurers have taken in the past to advocate for digital privacy are paying off.

“I think that’s one of the things where cyber insurance has played a really big role over the last couple of years is helping people understand where they’re falling short on cybersecurity measures that can protect data like this sensitive healthcare data,” he said. “Cyber insurance carriers have gotten really strong at helping [companies] understand the Technology shortcomings they have in protecting access to their network and protecting their employees and protecting all the data that they hold.”

5. Deeper Roots: How the Latino Community Is Strengthening the Cyber Insurance Workforce

The root level is the highest permission level of access to a computer system, and most cybersecurity professionals work hard to ensure criminals don’t gain root access to a system.

However, the word ‘root’ has another meaning for Raíces Cyber, a Philadelphia-headquartered non-profit organization that works to support the Latino cybersecurity and Technology community. In fact, the organization’s name, Raíces, means root in Spanish.

“Family is important. Community is important,” said Founder and Executive Director Eric Bolardo on this episode of The Insuring Cyber Podcast. “This is the importance of one of our pillars in Raíces, which is the community – the founding of strong roots within the community and being able to support each other.”

Jose Aponte, vice president for Alliant Americas East and the Latin American Association of Insurance Agencies’ Atlanta chapter treasurer, agreed. He joined the podcast to talk about the work LAAIA is doing to support Latino professionals in the insurance industry in particular.

“In the DE&I space, from my observation and my professional opinion, [we’re] doing a great job in having the conversation,” he said. “But we have to create awareness of what’s the next step? How are we going to become a disruptor and provide a change for the better? To be the best of the best, overall, the industry needs to change the mindset and think outside the box. Set a record for how many Latinos you want to be in the industry and break that record. Go beyond every metric that we have out there.”

Another executive doing this work is Nestor Solari, co-founder and CEO of InsurTech Sigo Seguros. He joined the podcast to talk about how Sigo Seguros is serving immigrant and Latino communities in auto insurance by offering transparent pricing without fees and removing rate factors that can affect minorities. The company’s underwriting process does not factor in immigration status, credit score, level of education, or type of employment. It also delivers a fully bilingual mobile platform and provides coverage for customers with foreign IDs or licenses.

“I think I felt a certain indignation when I started learning about how people that need minimum limits auto insurance often get treated, and specifically when you talk about Spanish speakers in the U.S.,” he said. “Up until Sigo launched, every Spanish speaker that needed to buy auto insurance on their own was forced to an agent. I just saw rampant disinformation, opaque pricing, business practices that I question, but more so, a lot of things that didn’t seem to make sense with a lot of the tools that we have available.”