‘The big problem is unknown risk’: the insurance worry of self-driving cars The small, yellow vehicle that ferries passengers around Harwell science park in Oxfordshire looks strikingly different from other vehicles on UK roads.

Since December 2021, workers at the site have been using the bubble-shaped, electric bus to get around, participating in an experiment with major implications for transport policy and insurers. The steering wheel of the vehicle has been removed as part of work to make it fully self-driving. It is the first such vehicle allowed on the UK’s public roads.

The experiment is taking place as the first mass-market vehicles with some self-driving capability are close to arriving in the UK market. Both Mercedes and BMW are preparing to launch UK models that will be able to keep in a lane and drive themselves in slow-moving motorway traffic.

But the insurance industry, which must provide the cover for this brand new mode of transport, remains deeply divided on how to handle the revolutionary development.

“The big problem is the unknown risk,” said Matthew Avery of Thatcham Research, which is funded by the industry to investigate motor vehicle risks. “People might think that autonomously driving cars are going to be safe and really I have to answer that might not be the case.”

There is also considerable uncertainty about how insurers will handle the challenges of investigating crashes involving autonomous or partially autonomous cars, particularly if there are questions about whether a human driver was in charge at the time.

Avery said insurers were “uneasy” about the transition to autonomous driving and that among the “potentially significant” liabilities was a new class of claims — by drivers against their own insurers if the vehicle’s systems caused a crash.

Thomas Pitney, a senior motor underwriting manager for Aviva, which insures the Harwell shuttle, said the company hoped the data it was gathering from the project would shed light on the risks.

“There’s an appreciation that the best way forwards to learn about that is putting ourselves into trials to understand better how it works.”

David Williams, an industry expert on autonomous vehicles and former senior executive at Axa Insurance, insisted the benefits of reducing human error would more than compensate for any drawbacks.

“We believe that the technology will make roads safer,” Williams said of the insurance industry. “That’s important because that’s the bit that means easily the bigger impact on insurance companies.”

The shuttle at Harwell, which does have an operator and emergency safety controls, moves slowly and a little jerkily. Its guidance systems, developed by Darwin Innovation Group, a company based on the campus, constantly relay data about its position to satellites. That is a potential model for providing critical information about collisions involving self-driving vehicles.

However, Martin Milliner, general insurance claims director at LV, pointed out that most manufacturers currently regarded data from autonomous vehicles as their own.

That raised the prospect that insurers investigating the causes of a collision would not have access to vital information, Milliner said.

“Ultimately, while we can see skid marks and weather conditions, unless we can understand who was in charge, what was happening and why the vehicle might or might not have been operating autonomously it will be difficult to make those judgments.”

Martin Smith, an underwriting manager at Aviva who has been involved in official policy discussions on autonomous vehicles, said different parts of the motor and insurance industries had held joint talks about ensuring a basic, slimmed-down package of information would be available. But there is currently nothing to oblige carmakers to share data.

“Our big policy ask of the regulators and the government and the agencies is to make sure that we can readily access [vehicle data] so that we can check and administer claims in an efficient fashion.”

Many insurers hope for legislation to compel carmakers to hand over some information.

In some cases, insurers could be asking manufacturers for information that would reveal shortcomings in their autonomous driving systems. Avery pointed out that the UK’s Automated and Electric Vehicles Act — an important piece of legislation, passed in 2018 — gave insurers the right to pursue claims against manufacturers over faults with vehicles’ automated guidance systems.

“The devil is in the detail,” he said. “You . . . need to identify who was driving at the time of the collision and what the fault was, whose fault it was. Therefore you’re going to need data.”

Williams acknowledged that there would be “uncertainty” about the first claims involving autonomous driving. However, he expected most claims to continue to be handled as they are now, with the insurer for the driver whose vehicle caused a crash — whether through human or machine error — meeting any claims.

Experience so far in Harwell has done nothing to dispel the idea autonomous vehicles can be safe. Pitney said that, after more than 5,000 miles of driving, the company had not yet received any claims on the shuttle’s insurance policy. 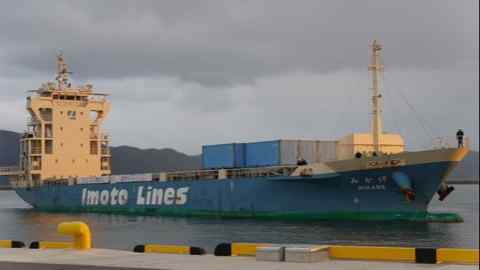 Williams said customers should also benefit financially if there were fewer accidents. “You have to believe that premiums are going to go down.”

However, Milliner insisted that, while the new technology was generally a “positive”, there were also “elephant traps”. It was vital, he said, to anticipate the drawbacks and ensure other more vulnerable road users such as pedestrians and cyclists were also protected.

“You do not want to be inviting these things into your world without thinking about that.”