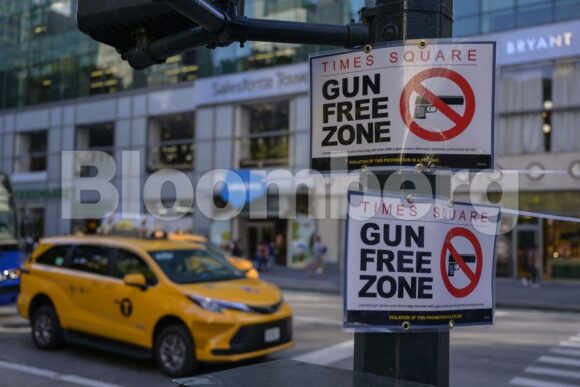 The US Supreme Court refused to block new safety and record-keeping requirements that apply to New York gun retailers, letting the provisions stay in effect while a legal fight goes forward.

The justices, without explanation or noted dissent, on Wednesday turned away an emergency request by a group of gun dealers who said their Second Amendment rights are being violated.

The rebuff follows a separate rejection of gun-rights advocates last week in a case over new rules that govern concealed handguns. New York enacted those restrictions, which include a ban on weapons in so-called “sensitive locations,” after the Supreme Court struck down an earlier law that sharply limited who could get a concealed-carry permit.

The retailer case involves a potpourri of rules, many of which predate the 2022 Supreme Court ruling. They include requirements that dealers keep records of sales and inventories, provide training to employees and keep firearms locked up except during normal business hours.

The group also challenged provisions that require a license for semiautomatic rifles and a background check for sales of ammunition.

A federal trial judge and federal appeals court refused to block the provisions before the retailers turned to the nation’s highest court.