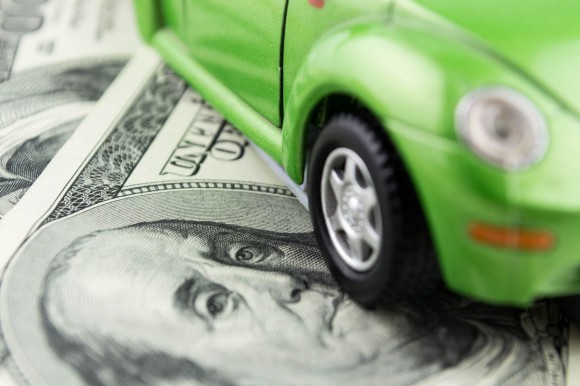 Speaking at the Goldman Sachs 2022 U.S. Financial Services Conference on Dec. 6, Thomas Wilson, president and CEO of Allstate, was asked about the competitive dynamics between publicly traded stock companies and mutuals in the auto insurance market—in particular, whether he felt that large mutuals were slower to raise prices in response to rising loss costs and inflationary pressures, giving Allstate a competitive growth advantage in 2023.

“What gives us the most competitive advantage is reducing our expenses and having that flow through prices as opposed to them not raising prices—because they’re losing money,” he said, going on to identify State Farm specifically. “It’s a great company. We’ve competed with them forever. They’re really smart people. They’re not going to lose money forever,” Wilson said.

“Do they need to move as quickly as we do? I don’t know. I think we’re moving as fast as we can, and I suspect they probably think they’re moving as fast as they need to give their capital position and given the returns on capital they need. That said, they had a big downdraft in their capital this year,” Wilson said, estimating that more than 20 percent of State Farm’s investments are in equities. “The last time that happened, the last time they had a loss in underwriting and they had a loss in the capital markets [that] took their overall surplus down, they moved,” he said, without identifying when that was. (Editor’s Note: In 2001, State Farm reported a $5 billion loss after a long period of competitive pricing, driving the large mutual to act to shore up auto insurance prices.)

“I’m highly confident they will move their prices—just based on their history,” Wilson said at the Goldman Sachs conference. “From that standpoint, we’re not seeing any one competitor be so much better on price than we are that it’s not enabling us to grow,” he said.

Speaking at a separate event, the Insurance Information Institute’s Joint Industry Forum on Dec. 1, State Farm CEO Michael Tipsord didn’t say anything specific about his company’s go-forward rate plans but did describe the magnitude of the underwriting loss for 2022. “This will be the largest auto underwriting loss in the 100-year history of our company,” he said.

In 2021, the combined underwriting loss for the State Farm P-C group of companies was $4.7 billion, compared to an underwriting gain of $1.9 billion in 2020, State Farm reported in late February, stating that the 2021 underwriting result reflected higher auto lines incurred claims and lower premiums. The full-year underwriting loss for auto alone was $3.4 billion. Still the net worth for State Farm Mutual Automobile Insurance Company ended the year at $143.2 billion compared with $126.1 billion at year-end 2020, driven by increases in the U.S. equities market.

The 2021 and 2022 underwriting losses came after State Farm reduced rates in 2020 by an average of 11 percent nationally (varying “wildly by state,” Tipsord said), and paid out roughly $2 billion in dividends to State Farm Mutual auto customers, as a credit against future premium, in recognition of pandemic-related reductions in driving activity and claims activity.

Recognizing that millions would be out of work during the pandemic, State Farm decided to take the rate reductions “with a gameplan to bring it back over time,” Tipsord told industry peers gathered at the Joint Industry Forum.

Heading into 2021 and 2022, the company has accurately predicted accident frequency since the pandemic. “We missed severity badly. We did not anticipate the inflationary pressures,” he said.

“We’re built to withstand this volatility, and not disrupt our business,” he concluded.

The S&P GMI analysis said that the largest group member, State Farm Mutual Automobile Insurance Co., by itself, contributed $4.2 billion in underwriting losses to the group total. This amount ranks as the largest single-quarter loss for any individual insurance company in at least 21 years, eclipsing $3.4 billion in underwriting losses recorded by Allstate Insurance in third-quarter 2005 (as a result of Hurricane Katrina), according to the S&P GMI analysis.

The S&P Global Market Intelligence analysis ranks last year’s $4.7 billion underwriting loss for State Farm group as the 10th largest full-year loss on a ranking of P/C underwriting losses for the last two decades, and discusses the impact of prior-year loss reserve development on the 2022 underwriting losses generated so far. Estimating that State Farm boosted reserves by almost $1 billion in third-quarter 2022, the S&P report speculates that most of the increase is attributable to private passenger auto, taking a cue from the fact auto was the driver of most of a similarly hefty reserve charge recorded by Allstate in the quarter.

For the third quarter, Allstate adjusted prior-year loss reserves upward by $875 million (GAAP), with $643 million of the total attributable to personal auto, the carrier reported in October. Allstate also hosted an special topic webinar for investors to discuss the company’s P/C claims settlement and reserving practices last week, and Wilson addressed questions about that during the Goldman Sachs conference. A PowerPoint presentation from the webinar reveals that $675 million in prior-year reserve re-estimates related to auto bodily for the Allstate, with more than half of that from 2019 and 2020, but Wilson dismissed the notion that industry blind spots related to court backlogs were a driver of the reserve charge.

“It really relates to more severe accidents” rather than court delays, he said.

“Nobody likes to put up $875 million prior reserve increases, including us. We put it up because we thought we needed that to make sure that we had the right liability on the balance sheet,” he said. “It’s just the accidents are a lot more severe. When they’re more severe, they take longer to play out. [If] somebody breaks a finger, it doesn’t take so long. If they end up having mobility problems or something else, it takes a long time for that to play out. And so the medical treatment’s longer. It costs more… The longer it takes, the more likely we are to have an attorney come into the case. And we will settle those cases if we believe it’s the appropriate amount.”

Wilson said Allstate’s backlog of pending cases being litigated is lower now than it was before the pandemic. When courts were closed during the pandemic, “we could see these severe cases [and decided] we need to close these things off and move on” rather than have them sit as unknowns on the balance sheet, he reported.

Wilson also said that the reserve increase was not driven by changed assumptions about inflation. “When you look at just nine months’ worth of development this year, in some cases that’s 25 to 30 percent of the whole life of the settlement. So when those numbers are climbing this year, as they have, then we said we’ve got to put more money up. ….It’s not like we said inflation was seven and we went to nine and that led to it. It’s much more complicated.”

During his introductory remarks at the Goldman Sachs conference, Wilson reported that the insurer has implemented auto rate increases of about 12 percent in the Allstate brand through the first 10 months of this year. “We anticipate to continue to take increases this year and then into 2023,” he said, sparking a question about whether margin improvement is on the near-term horizon as rates earn in and catch up to severity trends.

“We’ve made a lot of progress [but] I can’t say that we’re done yet because we’re not willing to say that inflation is going to level out, or even that used car prices are down… We’re going to keep increasing price until we get to our target combined ratio. We may end up overshooting a little bit…It’s not our goal to overshoot it but we’re not backing off at this point only because it keeps showing up,” he said, referring to rising claims cost trends. “First it’s used car prices, now it’s parts and labor, severe accidents. All we can do is price for it,” he said, explaining that to determine appropriate levels of price hikes, Allstate has weighted near-term results more than the long-term results, producing larger jumps.

During the introductory presentation, Wilson also described a “transformative growth” strategy that Allstate put in place in late 2019—a multi-part strategy that involved cutting expenses and offering simpler policies at lower prices, expanding distribution and building out Technology. Stressing the company’s historical track record for “making money in auto and home,” the transformative growth initiative was intended to attack an area that Allstate wasn’t good at—growing market share. Allstate was trading at half the multiple of other public auto insurers because competitors had more growth, Wilson explained.

While Allstate has made progress on the transformative part of the “transformative growth” strategy—shedding 60 percent of a targeted $4.5 billion expense cut goal, closing more business and maintaining good margins with related price cuts prior to the pandemic, not having agents walk as it pursued direct distribution channels and building out a Tech system to provide a differentiated sales experience—”we did back off a little on growth because of auto insurance profitability.

There’s no sense doing a bunch of advertising if you’re going to raise somebody’s price by 15 percent the next time they call you,” Wilson said. So, the realization of those market share gains has been delayed, he reported.

When will they happen?

“I don’t have a specific month. Is it a year? Is it two years? It’s not forever though.”