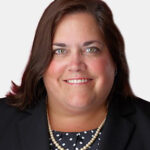 Sutton, who joined Boston, Massachusetts-based Liberty Mutual in 2015, formerly led the U.S. casualty claims team. She has more than 25 years of experience in leadership positions ranging from claims and operations to reinsurance and specialty insurance. 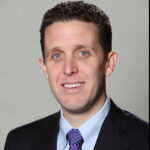 Archambault, who previously led the North America property and marine claims team, succeeds Sutton in his new role. Before joining Liberty Mutual in 2019, Archambault held a number of senior claims roles at The Hartford and worked as an attorney representing national insurers in complex litigation.

Ategrity Specialty Insurance Company has named former Deputy CEO Justin Cohen its new CEO. Cohen has led the evolution of Ategrity’s business in the excess and surplus (E&S) lines market, including an expansion into the middle market segment. Ategrity is headquartered in Scottsdale, Arizona.

Cohen serves on the board of Ategrity Specialty Holdings, the parent company of the E&S insurer. In his year and a half as deputy CEO, he has led the company to focus on more profitable business lines and innovations. In 2021, he was tapped to succeed CEO Mike Miller after a planned transition.