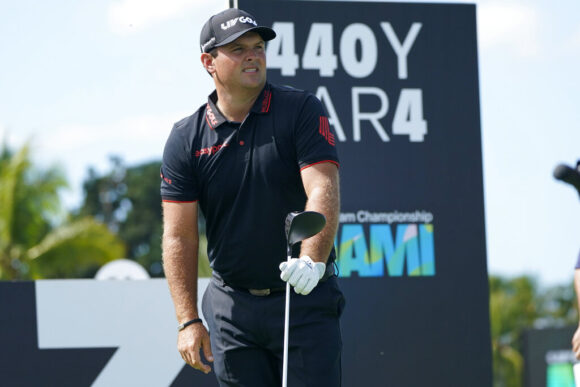 Pro golfer Patrick Reed has filed another lawsuit in federal court in Florida, alleging that a slew of news outlets, a book author, publishers and others have worked to defame the 2018 winner of the Masters golf tournament.

It all has to do at least partly with Reed’s reported involvement with the Saudi-sponsored LIV Golf tour, the tour that has upended the professional golf world and has drawn a number of players away from the PGA tour. The latest suit, filed this week in the Middle District of Florida, charges that the defendants knowingly reported false information about Reed in an effort to undermine the LIV tour, which cost Reed lucrative sponsorships and other business deals.

“On information and belief, this pattern and practice of malicious defamation and other actionable wrongs as pled herein … has been done at the behest of, and at the direction of the PGA Tour and DP World Tour, in order to try to eliminate LIV and its golfers as competitors so that the PGA Tour and Golf Channel can continue to rake in billions of dollars in revenue,” the complaint reads.

The suit names Shane Ryan, author of recent books about golf and the LIV tour; the publisher Hachette Book Group; the Associated Press; Fox Sports; the New York Post and others. It was filed a month after Reed sued Brandel Chamblee, a commentator on the Golf Channel, along with Golf Week; Gannett Co., the news publishing company; and others.

“Despite his exceptional world-class golfing achievements, in June of 2022, Mr. Reed was constructively terminated as a member of the PGA Tour, as a result of threats made and actions taken by the PGA Tour and its Commissioner Jay Monahan … and he later signed with LIV Golf,” reads the complaint in the Chamblee lawsuit.

The defendants in that suit conspired with the PGA to defame the 9-time PGA tournament winner, the suit charges.

“It is well-known on tour that Mr. Reed has been abused and endured more than any other golfer from fans or spectators who have been allowed to scream obscenities, only to be glorified by defendant Golf Channel for doing so, because it gets the defendants ‘clicks,’ viewership, ratings and increased revenue,” the Chamblee complaint alleges.

The latest legal action claims that book author Ryan had falsely reported that Reed had problems with alcohol and was accused of cheating in college golf tournaments. Fox Sports also had reported that Reed was a “problem” for U.S. Ryder Cup teammates and was suspected of taking a watch, a putter and $400 in cash from a locker room during a pro tournament, which Reed said is false.

Reed is seeking more than $250 million in compensatory damages plus punitive damages. The defendants have not yet filed an answer to the complaint or motions to dismiss.