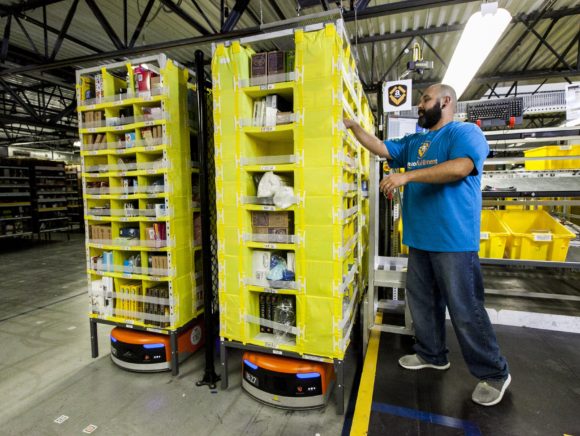 A U.S. government agency on Wednesday issued citations against Amazon.com Inc. for failing to keep warehouse workers safe, by exposing them to ergonomic hazards that resulted in serious injuries.

It said the risk stemmed from the high frequency with which workers were required to lift heavy packages; assume awkward postures such as twisting, bending and long reaches; and work long hours to complete their duties.

The agency said workers at the Florida facility were also exposed to “struck-by” hazards, where merchandise that was unevenly stacked or not secured was susceptible to collapse.

Doug Parker, the head of OSHA, said Amazon’s processes were “designed for speed but not safety, and they resulted in serious worker injuries.”

The Seattle-based online retailer faces $60,269 in possible fines for the violations, which OSHA classified as “serious” though not willful.

“We take the safety and health of our employees very seriously, and we strongly disagree with these allegations and intend to appeal,” Amazon spokeswoman Kelly Nantel said in a statement. “We’ve cooperated fully, and the government’s allegations don’t reflect the reality of safety at our sites.”

Amazon has said it invests hundreds of millions of dollars annually to ensure worker safety.

OSHA cited Amazon last month for 14 recordkeeping violations, with $29,008 of possible fines, in the probe.

The probe followed referrals from the office of U.S. Attorney Damian Williams in Manhattan.

Critics have long accused Amazon of putting profit over safety by requiring employees to work too fast and skip breaks in order to meet quotas.

Safety concerns, including after the deaths of six workers when an Amazon warehouse in Edwardsville, Illinois, collapsed during a December 2021 tornado, have helped spur union campaigns at Amazon warehouses across the country.