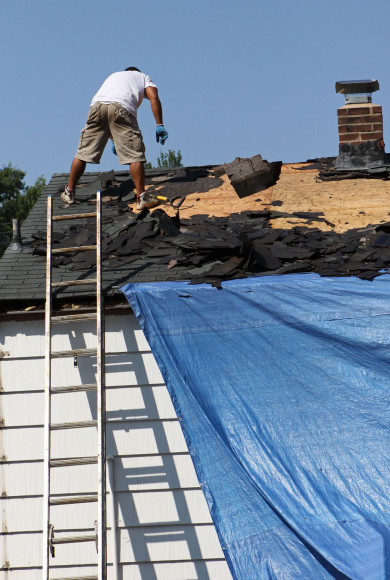 A Quincy, Massachusetts roofing contractor exposed workers on the roofs of a garage and house in Boston’s Mattapan neighborhood to potentially fatal falls from heights, federal workplace safety inspectors reported.

The Occupational Safety and Health Administration said it has cited the company, The Roof Kings, five times since 2014 for hazards related to falls, the leading cause of death in the construction industry.

The Roof Kings has contested the findings to the independent Occupational Safety and Health Review Commission.

Following its most recent investigation, OSHA cited the contractor for six violations of workplace safety standards and proposed $137,196 in penalties. OSHA alleged the contractor failed to provide adequate fall protection for employees working at heights of seven to 21 feet and did not provide hardhats to workers, among other alleged violations.

OSHA said it previously cited The Roof Kings for fall-related violations at worksites in Boston, Medford, Haverhill and Dorchester, between 2014 and 2016. In May 2021, the U. S. Court of Appeals for the First Circuit found the Roof Kings in contempt for failing to honor a 2017 agreement with OSHA in which the company pledged to pay its outstanding OSHA penalties for the four previous inspections and implement specific safety and health abatement procedures.

OSHA said it is currently engaged in ongoing proceedings on the matter with a special master appointed by the First Circuit.