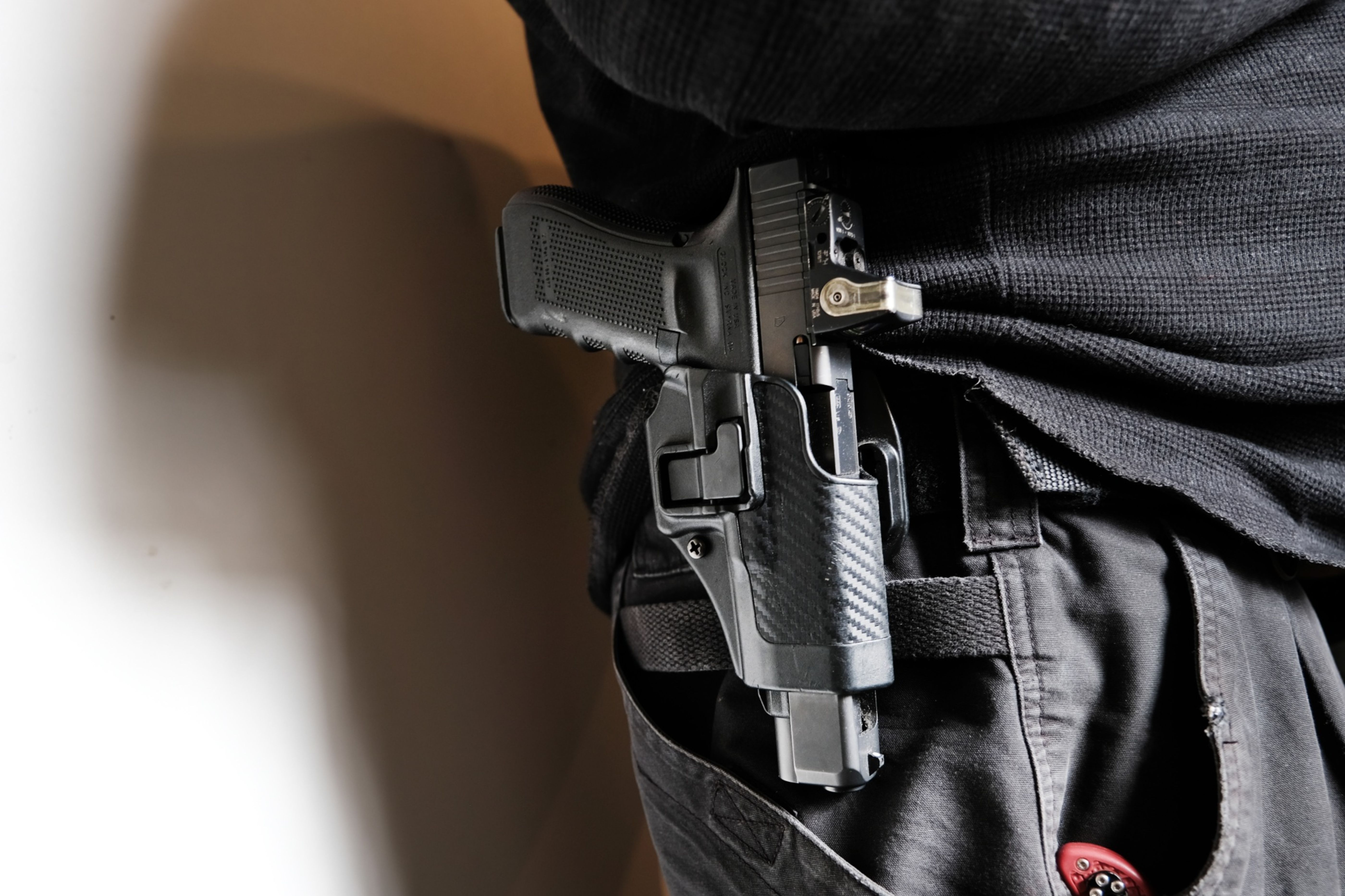 A New Jersey legislative committee voted to require liability insurance for gun owners and restrict where they could carry their weapons, moving what would be some of the strictest US firearms limits closer to becoming law.

The vote by the Senate Law and Public Safety Committee, a response to a US Supreme Court ruling in June that allowed more widespread carrying of firearms, was a preliminary step before the bills go to the full legislature, then the governor’s desk. The final voting dates have yet to be scheduled.

The bills almost certainly will become law, as they have support from the Democratic-controlled legislature and Governor Phil Murphy, a Democrat who in July signed a series of gun restrictions. At the same time, the laws are likely to face legal challenges, as states including New York and Massachusetts have seen in their race to counter the high court’s impact.

“We believe we’re ready for it,” Senate President Nick Scutari, a Democrat from Linden, said during the hearing in Trenton on Thursday.

Scott Bach, president of the Association of New Jersey Rifle & Pistol Clubs, told lawmakers to expect a legal mess: “It’s going to wind up in a flaming ash heap.”

The New Jersey proposals would require firearms owners to carry liability insurance and strengthen criminal penalties for gun trafficking. The state also would make it illegal to carry guns almost everywhere, including government-owned property, homeless shelters, businesses that serve alcohol, casinos, museums, stadiums, concert halls and hospitals. Weapons would be disallowed even on private residential property without an owner’s consent.

Gun-related deaths reached a US high of at least 45,222 in 2020, according to the Centers for Disease Control and Prevention. Among those fatalities, about 53% were suicides, a figure that is mostly stable year to year. Eight in 10 homicides involved firearms, for the highest percentage since at least 1968, according to a Pew Research analysis. Two-thirds of Americans favor stricter gun control, according to a June Gallup poll.

New Jersey, the most densely populated US state, has a long history of governors from both parties restricting firearms. Residents may not carry guns openly, and permits for concealed weapons were rare prior to the June order from the nation’s highest bench.

In 2021, New Jersey received 870 concealed-carry applications, according to the state administrative office of the courts. This year, through December, the office expects 11,000 applications to be submitted.

On Oct. 21, a federal judge blocked part of a New York law that banned where guns could be carried, including in Times Square and on public transit. The state is appealing the decision. On Oct. 5, the US Supreme Court ordered a lower court to vacate a Massachusetts law that imposed a lifetime gun-ownership ban on individuals who commit misdemeanors using firearms.