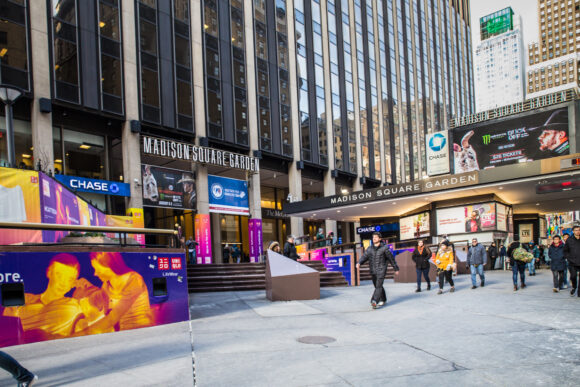 A judge granted a partial victory on Monday to a lawyer who sued Madison Square Garden after he and his colleagues were barred from the Garden and other MSG-owned venues because their firm represents a group suing the company.

State Judge Lyle Frank in Manhattan ruled that Larry Hutcher and other lawyers from Davidoff Hutcher & Citron LLP have the right to attend musical and theatrical performances at the Garden, Radio City Music Hall and the Beacon Theater if they show up with a valid ticket.

“The Court takes judicial notice that there is only one Radio City Music Hall, one Beacon Theater, and only one Madison Square Garden,” Frank wrote. “As such, the plaintiff is entitled to injunctive relief.”

The ruling does not apply to New York Knicks or New York Rangers games at the Garden. Hutcher, a Knicks season ticket holder for more than 40 years, is appealing that portion of the decision and still hopes to see the Knicks on the court.

But Hutcher hailed his partial victory, which he said applies to his firm and 90 others with clients who are suing MSG and owner James Dolan.

“This is a major victory,” Hutcher said. “It’s a significant deviation from what MSG was contending.”

Hutcher said in his lawsuit filed last month that MSG had barred him and his partners because the firm was representing 24 ticket resellers who were suing MSG for violating New York’s Arts and Cultural Affairs Law.

MSG not only revoked Hutcher’s season tickets but asserted a right to ban him and the rest of the firm entirely from the Garden and the other venues, Hutcher said.

MSG argued in response to the lawsuit that the company has a right to bar lawyers who are suing it. In a statement Monday, MSG said it would “vigorously defend” the policy, including appealing the judge’s decision.

“It is not unreasonable that while in active litigation, we would want to preserve our right to protect ourselves against improper disclosure and discovery,” the statement said. “That is why we instituted this policy and we have repeatedly made clear that once litigation is resolved, impacted attorneys will be allowed back in our venues.”

The judge ruled that there was no rational basis for the policy “except to dissuade attorneys from bringing suit.”