Laid Off Tech Workers Are About to Get Help—From Allstate 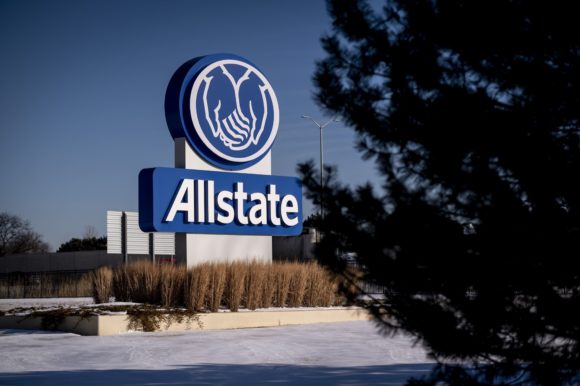 Allstate Corp. plans to tap the pool of recently fired Tech workers to help the insurer overhaul its business.

The company—best known for auto and home policies—is investing in Technology including artificial intelligence and telematics, which sets premiums based on customers’ driving habits, to help it tap new clients and markets. Massive job cuts at Tech companies could make the hiring search easier, according to Chief Financial Officer Jess Merten.

“We’re looking to sort of upgrade talent throughout the organization, so there is an opportunity as folks get let go from other places,” Merten said in an interview in Chicago. “Top talent is part of our transformation strategy.”

The push comes as Allstate, which had about 54,300 employees at the end of 2021, battles rising costs that contributed to what the company warned could be a net loss of as much as $385 million when it reports fourth-quarter results next month. The insurer has also set reserves aside for unpaid claims and disclosed costs tied to Winter Storm Elliott.

Still, it plans to press on with a number of changes meant to push it into the future. Those include Technology to track how people are driving, and user-friendly mobile applications that allow customers to accomplish simple tasks, like changing their address without having to reach call centers. Another plan is to provide insurance quotes with the use of AI.

“It may not seem innovative if you’re talking about Facebook,” Merten said at one of the company’s downtown offices. “Within the insurance industry, that’s an innovative way to approach things.”

Help could come from the tens of thousands of workers who lost their jobs in recent months at Tech companies. Google parent Alphabet Inc. on Friday joined a wave of other industry giants that have drastically scaled back operations amid a faltering global economy and soaring inflation. In November, the most recent month for which data is available, the Tech sector announced 52,771 cuts, for a total of 80,978 over the course of the year, according to consulting firm Challenger, Gray & Christmas Inc.

Supply-chain disruptions caused by the global pandemic have driven up the costs of parts to repair things such as cars and houses, while a shortage of skilled workers is also fueling costs. While overall inflation has come down, the components that drive Allstate’s costs haven’t fallen as fast.

“I would expect—and I have no crystal ball—that you continue to see labor pressure in the body shops,” he said.

Higher inflation and macroeconomic headwinds won’t slow Allstate’s transformation, according to Merten. Even with a long-term goal of reducing costs, the company isn’t planning large job cuts similar to the ones in the Technology and banking industries.

“We know what the formula looks like to make money in auto insurance, and what we’re not going to do is give up on our transformation,” he said. “We can’t wait for inflationary factors to slow down or moderate and then get back after it. What we’re trying to do is simple things like be easier to do business with.”

“I think creating space that feels like pre-pandemic isn’t going to be what attracts people,” he said. “We’re really thoughtful about what we do, how we do it in what works for the masses of people, because you want them to come in and be like: ‘That was great.’”