Insurers Do Not Have to Defend in Kentucky Opioid Litigation, Federal Appeals Court Finds Two insurance carriers have no duty to defend or to indemnify Quest Pharmaceuticals in lawsuits brought over the drug distributor’s role in the opioid crisis, a federal appeals court decided last week. The opinion could bolster U.S. insurers’ arguments that they should not be held liable in the multi-billion-dollar opioid litigation churning through courts across the country.

In an opinion handed down Friday, the 6th U.S. Circuit Court of Appeals said that policies written by Westfield National Insurance Co. and Motorists Mutual Insurance Co. covered only damages resulting from bodily injuries, not the economic damages sought by local and state governments.

The carriers had asked a lower court to declare that their general liability and umbrella policies did not require that they defend Quest in the opioid lawsuits. A federal district court in Kentucky agreed, and the appeals court upheld the lower court.

The judges noted that they had to apply Kentucky law and review the case through the eyes of the state’s high court.

“Based on the plain language of the policies and their overall context and purpose, we believe that the Kentucky Supreme Court would conclude that the insurers have no duty to defend Quest in the underlying lawsuits because they do not seek damages ‘because of bodily injury,’” the appeals court panel wrote. “The claims, all of which are for economic damages, are simply beyond the policies’ scope. Because we conclude that there is no duty to defend, there is also no duty to indemnify.”

Paducah, Kentucky-based Quest Pharmaceuticals, a major distributor of generic drugs, including opioid-based medications, was sued by 77 local governments, health departments, and the state of Illinois over the company’s alleged misconduct that contributed to the nationwide epidemic of opioid abuse.

The suits are among hundreds filed around the country in recent years against drug makers, distributors and retailers as America continues to grapple with the prescription drug addiction crisis. In many cases, parties have settled for hundreds of millions after the plaintiffs successfully argued that the crisis cost local and state governments huge amounts in health care, law enforcement, prison and other public expenses.

Insurers have been required to cover the defense costs in many cases but not in others. Several court decisions have turned on policy language and state insurance statutes.

The Delaware Supreme Court in January 2022 found that international insurance giant Chubb Ltd. did not have to defend Rite Aid Corp. against thousands of lawsuits. Other insurers, including Hartford Financial and AIG then asked courts to absolve them of similar coverage responsibilities. In November, Walmart asked a court to find that its insurance carriers must defend in its opioid suits. 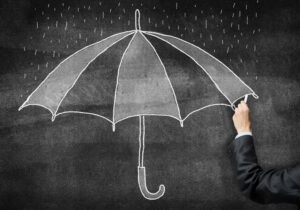 Recently, the Ohio Supreme Court held that suits brought by governments against Masters Pharmaceutical were not related to bodily injury. But in another, very similar case cited by the appeals court in the Quest litigation, a sister appeals court, the 7th U.S. Circuit Court, in 2016 decided against an insurance company: In Cincinnati Insurance Co. vs. H.D. Smith, the court said that an insurer did have a duty to defend in opioid suits brought by the state of West Virginia.

“The fact that this decision differed from the 7th Circuit’s decision made it worth noting,” said attorney Patrick Hofer, who represented Motorists Mutual in the Quest Pharmaceutical case.

The 6th Circuit panel explained that in the West Virginia litigation, brought in Illinois, the federal court found that Illinois law allows a distinction between coverage “for bodily injury” and coverage “because of bodily injury.”

“It is not apparent that such a distinction exists under Kentucky law, or, even if it does, that Kentucky courts would interpret ‘because of’ to be so broad as to cover the underlying lawsuits here,” reads the opinion, written by Senior U.S. Circuit Judge Guy Cole Jr.

Cole supported his opinion with comparisons to the COVID-19 pandemic, in which federal courts have repeatedly found that business losses were not covered because most policies applied only to losses from physical property damage.

“Insurance ‘is not a general safety net for all dangers, and courts must avoid interpreting insurance coverage to exceed the limits of a policy’s plain language, lest they risk disrupting the parties’ intentions or the risk assessments underlying insurance generally,” the 6th Circuit panel noted.

The reasoning was similar to that included in an amicus brief filed in the Quest case by American Property Casualty Insurance Association, the Insurance Institute of Kentucky and five other insurance groups.

No one directly harmed or bodily injured by opioids brought the lawsuits against Quest Pharmaceuticals, the brief noted. Extending the liability and umbrella policies to go beyond physical injury and to cover “expenditures for services provided to the public would subject insurers to uncontemplated and uncontracted-for exposures, threatening their ability to fulfill their contracted-for obligations to all other policyholders,” attorney Gary Johnson wrote in the amicus brief.

The brief argued that to find otherwise, the court would “upend” the insurance marketplace. The case concerned the very viability of the third-party liability insurance system “in the face of ongoing prescription opioid litigation throughout the country,” the insurance groups said.

Attorneys for Quest could not be reached for comment. The court opinion did not explain if Quest Pharmaceutical held a directors and officers policy or if such a policy would cover any of the costs associated with the opioid lawsuits.