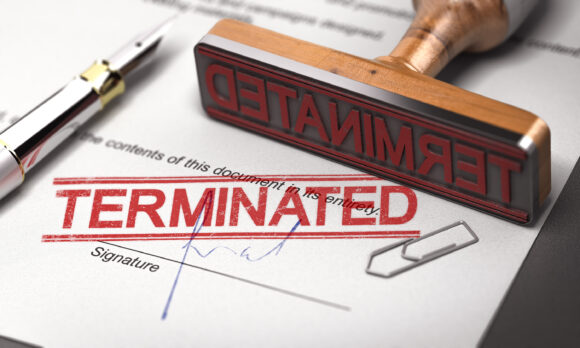 Rhode Island-based Factory Mutual Insurance Co. properly handled the firing of a long-time employee who claimed his axing in 2018 was due to age discrimination and retaliation for his complaints about the company taking no actions against another employee accused of harassment.

On November 1, the First Circuit federal appeals court upheld the district court in finding that the reasons cited by Factory Mutual for terminating Dusel were legitimate, nondiscriminatory and documented with evidence. The reasons were also uncovered separately and too long after the harassment incidents to be reasonably considered a mere pretext as claimed by the employee.

Plaintiff Thomas Dusel worked for Factory Mutual for 35 years, maintaining a strong employment record. Dusel was president and chief executive officer for FM Global’s real estate services subsidiary, Hobbs Brook Management, based in Waltham, Massachusetts. The employees reporting to Dusel included the vice president of leasing and construction, against whom harassment accusations were made in 2015 and 2017 but dismissed.

In July 2018, FM Global discovered violations of several company policies by Dusel including charging the company for phone services for his daughter and wife and taking food home from the company cafeteria. According to court documents, Dusel attempted to conceal the phone charges when asked about them. Factory Mutual also had video footage of him taking food from the cafeteria on numerous occasions outside of business hours.

Dusel brought suit against FM Global, alleging that the stated grounds for his firing were pretextual, and that his firing violated Massachusetts laws against age discrimination and against discharging or discriminating against any employee for a complaint, testimony or assistance in any harassment proceeding.

Dusel claimed that the real reasons he was fired had to do with his age and his objecting to the company’s decisions in 2015 and in 2017 to take no actions concerning the HBM leasing executive accused of harassment. After investigating the 2015 incident, the company’s human relations department concluded there was insufficient evidence that the employee had violated company policy. Dusel let HR know he disagreed. After the first case was dismissed, Dusel participated in the process involving the second accusation in 2017 and again let it be known that he disagreed with a second finding of insufficient evidence.

The lower district court found that Dusel failed to prove a prima facie case of age discrimination. The First Circuit disagreed on that point but agreed with its determination that summary judgment is still appropriate even if Dusel had made a viable prima facie case on age bias, because FM Global satisfied its burden of articulating legitimate, nondiscriminatory reasons for Dusel’s termination.

The court found that Dusel failed to debunk the stated reasons for his termination regarding the phone charges and cafeteria food with evidence that a “reasonable jury could conclude that the employer’s explanation is not just wrong, but that it is so implausible that the employer more likely than not does not believe it.”

Also, the appeals court found that it need not resolve the disputes regarding which of Dusel’s actions and statements surrounding the harassment violations were protected activity under Massachusetts law because he did not present evidence of a causal nexus between the company’s conduct and his protected actions.

The First Circuit acknowledged that a close temporal proximity of incidents could support an inference of pretext, but the evidence must be considered in context. In Dusal’s case, too much time had elapsed and even Dusel’s positive employment record did not undermine the company’s evidence supporting its reason for terminating him.

“[W]e conclude that no reasonable juror on the facts of this case could infer that FM Global’s stated basis for Dusel’s termination was pretextual based on the time that elapsed between those events and his September 2018 termination,” the ruling states.