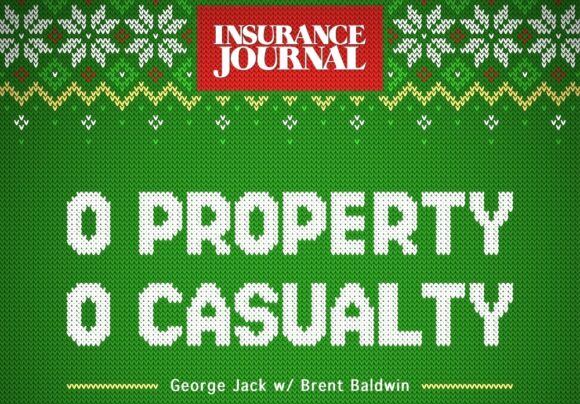 Insurance Journal, a Wells Media Company, is pleased to announce the release of its entertaining first single, “O Property O Casualty“, from the first ever album of Insurance-themed holiday carols – “Have A Claims Free New Year” – due to be released December 2nd.

With lyrics and vocals by George Jack as well as music and arrangements by Austin area musician Brent Baldwin, O Property O Casualty is a history making single from a new genre mixing holiday music and insurance specific lyrics to comedic effect.

The single is available wherever music is sold and/or downloaded, including Spotify, iTunes, and Amazon Music.

Insurance Journal, celebrating its 100th anniversary in 2023, has never released an album before and is extremely proud to share this with not only the insurance community but the world in general.

Insurance is for every season, all year round, but this album is Insurance Journal’s holiday card to the industry.

Patrick Wraight, Director of the Insurance Journal’s Academy of Insurance which developed the project, said “I am proud of this project. It’s the result of almost a year of planning and preparation. I hope that the insurance industry has as much fun listening to it as it was for us to produce. I am grateful to our leadership at Wells Media Group who had the vision to bring this project to fruition.”