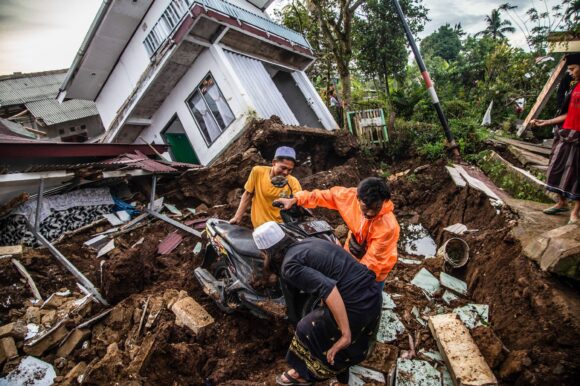 A quake in Indonesia killed at least 268 people as the search continues for victims amid landslides and collapsed buildings.

The 5.6-magnitude earthquake that struck West Java on Monday damaged more than 20,000 homes, leaving thousands injured and hundreds still missing, according to the disaster mitigation agency on Tuesday. President Joko Widodo urged his ministers to ensure homes are rebuilt to be quake-proof after he visited the affected area.

West Java is the country’s most-populated province with nearly 50 million residents, many of whom commute for work to the capital Jakarta, some 100 kilometers north of the quake’s epicenter in Cianjur regency. The regency is mainly a residential and agricultural area, as well as a key source of rice production.

The government seeks to complete its search efforts in seven days and have evacuated nearly 60,000 people from unsafe homes, Suharyanto, head of the disaster mitigation agency, said in a Tuesday briefing.

–With assistance from Kevin Varley.