Honey, I shrunk the Brexit dividend They’re slippery these Brexit dividends. Take your eyes off them and, whoosh, off they go: either disappearing or materialising not really as promised.

Last year’s trade agreement with Australia was “tailored to the UK economy,” we were told, a “historic” deal that would “create new opportunities for businesses.”

Perhaps this meant historically bad: George Eustice, environment secretary at the time of the deal, said this week that it “gave away far too much for far too little in return.”

We have the freedom to set our own rules, though. That’s important. And yet the reality of adding cost and bureaucracy into international industrial supply chains has prompted another delay to the introduction of a post-Brexit UKCA quality assurance mark, a plan that business groups have long maintained is impractical.

We’ll always have insurance. The totemic matter of how to overhaul Solvency II rules rumbles on, presenting one of the more concrete post-Brexit opportunities. The promise was that improving insurance regulation could free up money to be invested into the UK economy and show that rulemaking flexibility is a win for the City of London.

It hasn’t been that simple. This nerdy topic has become a tug of war over, fundamentally, who sets the tone and the pace in crafting our post-Brexit financial approach.

The industry last year floated the politically-appealing notion of £95bn in capital that could be freed up to be reinvested in infrastructure, housing or clean energy, according to work done by KPMG for the Association of British Insurers. The Prudential Regulation Authority, accused this week of being a “consistent obstacle to reform” by former business secretary Jacob Rees-Mogg, had other ideas.

In fairness, everyone has always agreed that the risk margin in Solvency II, a capital buffer, is too volatile and in recent years has been too large. The wrangling has been over the matching adjustment, which allows writers of long-term business such as annuities to match predictable cash flows from assets against liabilities, and get a capital benefit as a result. 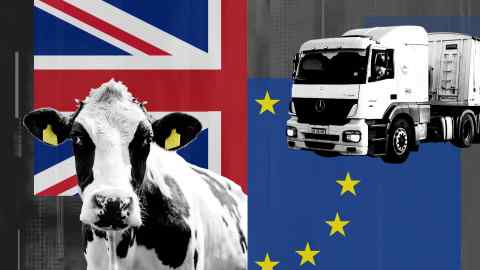 More assets are likely to be eligible for this treatment, as the sector wants. But the PRA has concerns over the calculation of the credit risks taken by insurers in their investments. It wants a tougher approach.

Despite recent accusations of regulatory foot dragging, everyone is waiting for the Treasury to set the direction for what happens next. The government in February promised a “material capital release”, with “tens of billions of pounds” for long-term productive investments. The industry’s fear has been that reform could give with one hand (risk margin), and take away on the other (matching adjustment).

The world has changed since then, regardless. The risk margin had been excessive thanks to rock bottom interest rates. Rising gilt yields this year have eaten into the capital release that could be attributed to any reform.

According to one company’s estimates, the aggregate risk margin held by the Life Insurance sector may have roughly halved between the end of 2021 and the third quarter of this year. Given that the government floated a cut of around 60 to 70 per cent in February, that suggests the bulk of the capital release may have effectively happened early thanks to market moves.

There is still merit in reform: the prize is a better-designed risk margin that is less sensitive to interest rates. Funds can be invested in useful ways, regardless of the mechanism of release. Improved pension scheme funding will mean more insurance buyouts, boosting sector assets. In terms of the investment pounds the economy needs, this is all good.

But finding a big number to crow about is more challenging when a chunk of the benefit from your post-Brexit reform has already happened anyway. Regulators may also see the reduced risk margin as laying bare the perceived weakness in the matching adjustment calculation, strengthening their resolve. The insurance sector, at this stage, probably just wants to get on with it.

The two main parts of Solvency II reform — risk margin and matching adjustment — are separate issues that shouldn’t be linked in political-regulatory horse-trading. Nor should insurance regulation be backing into a figure that those in search of a post-Brexit dividend can put on a bumper sticker.

The great Solvency II dividend has shrunk. Time to get on with better regulation for its own sake — as it always should have been.