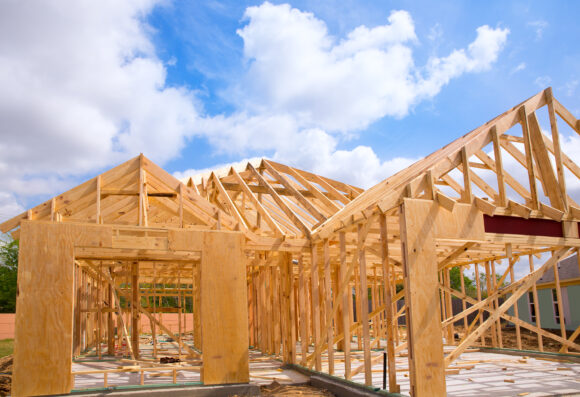 Amid a historically hard construction market, middle and large-sized companies looking for alternatives to traditional insurance may turn to captives to find stable pricing and greater capacity.

Captives, licensed insurance companies owned by their insureds, carry appeal to construction businesses that have invested lots of capital into risk management and want to have more input in claim prevention and loss control. Captives also allow companies to put together several lines – typically workers’ comp, auto liability, and general liability coverage – into one program.

Construction is experiencing rising auto liability and general liability rates, in part driven by inflationary pressures, bringing uncertainty to the general market. Companies that turn to the captive model tend to find better pricing predictability they are rated on loss history over exposure and aren’t penalized by the unpredictability of claims the guaranteed market presents with insureds that are not aligned, according to Mark Totolos, senior vice president captives & programs for Skyward Specialty.

“In the captive model, members are selected based upon them all running the same high-quality operations and essentially becoming their own insurance company,” said Totolos, “All members are then aligned with the same interest of bringing profits to the captive cell.”

Group captives tend to focus on workers’ compensation, auto liability and general liability. The ability to combine separate lines into one program is a big draw for businesses.

“If they were to go to the traditional insurance market, they would have to get a separate quote for each of those lines, said Dawn Hiestand, head of group captives for Zurich North America. “With a captive structure, they have the ability to consolidate their insurance program into one solution, which can provide some ease.”

For businesses interested in joining a group captive, they should find a broker or agent with captive experience and partnership who can guide the prospective client to the right captive solution.

Oftentimes, members of an existing group captive may reach out to other companies they’ve worked with who they know are also best in class, to recruit them into the captive.

For the formation of new group captive, a captive consultant will work with a broker community to educate them on the type of captive being established, according to Hiestand.

The broker will bring customers for consideration in that new captive, and the captive consultant will look at several factors for entry including the customer’s risk profile and see if there is a good fit.

Founding members of a group captive turn to a fronting carrier/reinsurer like Zurich for assistance in engaging the various service providers that are required to service the new captive, Hiestand said.

The collateral and capital requirements of establishing a group captive sometimes makes a captive more expensive in its first year than if a business had stayed in a low deductible or guaranteed cost program, according to Adam Miholic, senior captive consultant at Hylant. Miholic held a seminar on construction captives at the IRMI Construction Risk Conference in Las Vegas, Nevada in November.

“Some people think, ‘oh it’s going to lower my costs.’ It will if you give it time,” said Miholic. “It might on day one, but if it doesn’t, it doesn’t mean it’s not a financially valuable solution for your company.”

In group captives, participating members expect that they’ll pay for fewer severe claims than they would be exposed to in the general market. Businesses must demonstrate superior risk management strategies to be accepted into a group captive, thus reducing the likelihood of severe claims.

Even with best practices in place, claims among group captive members do inevitably arise,

One way carriers work with group captives to drive down claims it to set aside a part of members’ premiums to perform risk engineering services.

Zurich Resilience Solutions sends a construction risk engineer out to assess their practices and see how employees work and how their auto fleet is operated and what sort of telematics or video cameras they are using in their fleet.

Adriana Scherzinger, head of captives sales and execution for Zurich North America, recalled a steel manufacturer insured was amassing losses in its yard storage areas across multiple states, leading Zurich’s risk engineers to conduct a site visit and identify improvements needed from delivery to storage and retrieval practices. The team of engineers discovered that steel was stacked too high, creating instability.

“To strengthen worker safety, our risk engineers also recommended increasing supervision of new employees with fewer than 30 days of service, repositioning equipment to better protect crews, and reducing heat stress and assure proper hydration for workers in the summer,” said Scherzinger. “The new way of working was implemented for all storage yards.”

“Insureds joining a group captive take risk seriously and want to structure their risk with others who align with their ideas,” said Rick Childs, senior vice president, construction and oil & gas for Skyward Specialty.

Group captives are also incentivized to drive down claims cost for the potential return on investment they’ll receive.

“If a construction company and other members of a group captive perform well and can manage their losses within their retained limit over the course of time, they will see investment returns come back to them, just like a normal insurance company,” said Hiestand. “They’ll put that money back in their coffers and at some point in time, typically six or seven years, they’ll do a disbursement, which is basically a return of some of the group captive members’ investment.”

Many larger construction companies use single-parent captives (SPCs) as an alternative risk structure where the company insurers itself.

Scherzinger said SPCs are employed to strengthen the cost, capacity, control and coverage of businesses’ risk programs, particularly in a hardening insurance market.

Reducing total cost of risk is the primary objective of any captive, Scherzinger said, followed by capacity. SPCs provide the ability to retain more risk if there’s insufficient market capacity.

SPCs give businesses control of their claims and retention by allowing them to design and structure their own program. Businesses can also manuscript their own policy form.

Another benefit of SPCs is it allows companies to write third-party business for subcontractors.

Like group captives, SPCs give businesses control of their underwriting profits. If there are limited claims, funds return to the parent company or can be used for other risks.

“Each construction company should evaluate its risk profile and loss history to determine the appropriate balance of captive insurance funding and risk transfer,” said Scherzinger.