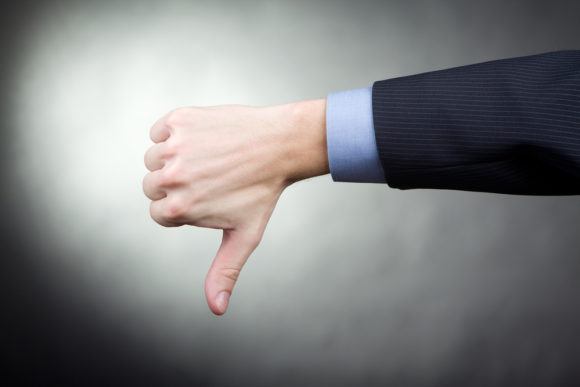 High claims inflation and rising reinsurance costs are among the factors that prompted analysts at Moody’s Investors Service to change their outlook for the global property/casualty sector from stable to negative, the rating agency said.

In a report published on Monday, the firm also cited the fact that claims frequencies are gradually lifting back up to pre-pandemic levels in support of the decision to change the outlook.

“We expect the sector’s underwriting profitability to weaken due to a combination of weaker economic growth and competitive pressures that will hinder insurers’ efforts to push through counterbalancing price increases,” said Christian Badorff, vice president and analyst at Moody’s Investors Service, in a statement about the report.

Part of the explanation for the difference in outlooks for U.S. commercial and U.S. personal lines sectors comes down to pricing power. Moody’s believes that commercial insurers are more able to boost prices in response to rising loss costs. As the economy weakens, personal lines customers “will naturally seek the cheapest possible protection,” the report says. Also noting that governments may pressure insurers not to hold back on price hikes that would add to customers’ economic hardships, the report notes that state regulators have given the go-ahead to price increases so far, which is not the case in France, where insurers agreed to adjust prices upward at a slower rate than inflation.

The report also highlights competition as a factor that could slow down needed price increases in some regions, pointing, in particular, to competition from mutual insurers that are less focused on bottom-line profitability. “The recent rise in interest rates, which will over time support higher investment returns, might also encourage some insurers to refrain from raising prices for now,” the report says.

In a section of the report devoted to economic trends and claims inflation, Moody’s notes that while the economies in the U.S. and Japan are expected to weaken in 2023, China’s economy is expected to grow. This year, continued COVID-19 lockdowns in China contributed to supply chain disruptions at a time developed nations eased up their COVID restrictions and experienced demand surges for consumer goods. Soaring energy prices soaring in the wake of the Russia-Ukraine conflict, have fueled consumer price inflation—and claims inflation, in turn—in developed countries in North America and Europe, the report says.

The report also touches on the positive and negative impacts of interest rate changes on income and capitalization.

Exacerbating the other negative outlook drivers for primary P/C insurers, the Moody’s report highlights the fact that insurers will likely have to bear more of the burden of natural catastrophe losses themselves in 2023, as reinsurers cut capacity and raise prices in response to their own profit challenges. Like other rating agencies recently commenting on the reinsurance market, Moody’s analysts cite a 15 percent jump in the U.S. Property Catastrophe Rate-on-Line Index calculated by Guy Carpenter between January and July 2022, which has pushed U.S. property-cat reinsurance pricing back to 2012 levels. This comes as primary insurer face mounting catastrophe claims not just from primary perils such as hurricanes, but also from secondary perils of flood and wildfire, which the report says accounted for 60 percent of all catastrophe losses, on average, over the last three years, based on information from Swiss Re.

According to a definition in the report, the negative sector outlook reflects Moody’s view of credit fundamentals over the next 12 months. Distinguishing the sector outlook from ratings outlooks, Moody’s said that rating outlooks also reflect issuer specific characteristics and actions.

“A sector outlook does not represent the sum of upgrades, downgrades or ratings under review, or an average of rating outlooks,” the report says.