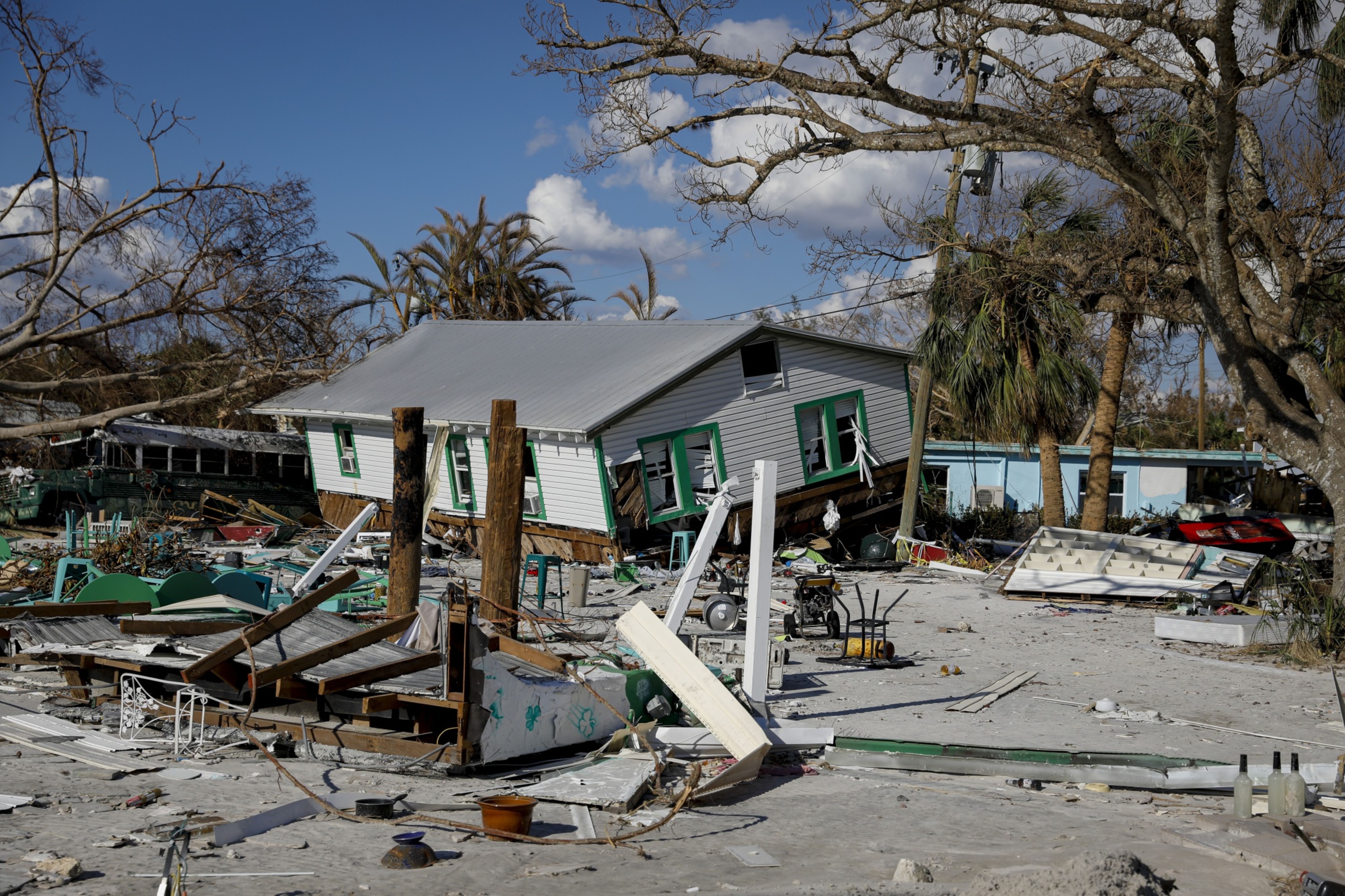 Florida’s legislature passed a bill that would create a state-backed reinsurance fund and attempt to ease litigation costs that have pushed a homeowners-insurance market already contending with monstrous storms toward the brink.

The bill passed in the Florida House of Representatives by a vote of 84 to 33 Wednesday afternoon after the Senate approved the legislation Tuesday, according to the Florida Senate’s website. The votes took place during a special session called by Governor Ron DeSantis in part to address the impact of Hurricane Ian on an insurance market that was already stumbling.

Larger insurers have spent years reducing their exposure to the state as litigation costs rose and the severity and frequency of hurricanes intensified, leaving smaller firms that mostly focus on Florida dominating the market and homeowners facing soaring premiums. Seven of those smaller carriers have gone insolvent in the past two years, according to a statement from the office of Senate President Kathleen Passidomo.

“We need to drive capital back to the market,” Florida Senator Jim Boyd, an insurance agent and sponsor of the bill, said Tuesday. “While it might not happen today, I believe we will see rate relief.”

One of the proposed changes would repeal the state’s “one-way” policy on attorneys fees for property claims. It requires insurers to cover the cost of litigation on behalf of plaintiffs who sue them successfully, but doesn’t force policyholders to cover such costs for their insurer if they lose.

“Despite multiple broad-reaching property insurance reforms passed by industry supporters in the past three sessions, there have been minimal improvements to the insurance marketplace that actually benefit consumers,” Ron Haynes, a vice chair with the trial lawyer trade group Florida Justice Association, said in a statement. “Unfortunately, this round of reforms is a massive over-correction that takes away homeowners’ property rights and leaves Floridians at the mercy of their insurance company.”

Another measure would eliminate a rule that allows property-insurance policyholders to sign away their right to collect payments to another party, such as a contractor or plumber. That’s led to “unnecessary litigation,” according to the state’s Office of Insurance Regulation.

The legislation also would create an optional reinsurance program funded by premiums from participating insurers as well as $1 billion from the state’s 2023 general revenue.

Reinsurers have also been pulling back from Florida, spooked by the weakness of many primary insurers. And many homeowners who are unable to secure affordable coverage have been pushed to policies offered by the state-backed insurer of last resort, Citizens Property Insurance Corp. The reforms include a mechanism meant to move policies away from Citizens and back into the private market.

The bill represents the “most extreme measures” ever taken by the state to tackle the property insurance crisis, said Jeff Brandes, a former state senator who has been outspoken on the challenges facing insurers in Florida.

“There is still some additional work that needs to be done, but this at least puts us on a path that we can survive,” Brandes said. “This should bring new capital to the market and I think it will ultimately create lower rates and more competition.”

(Updates with comment from a legal trade group in the sixth paragraph.)
–With assistance from Michael Smith.