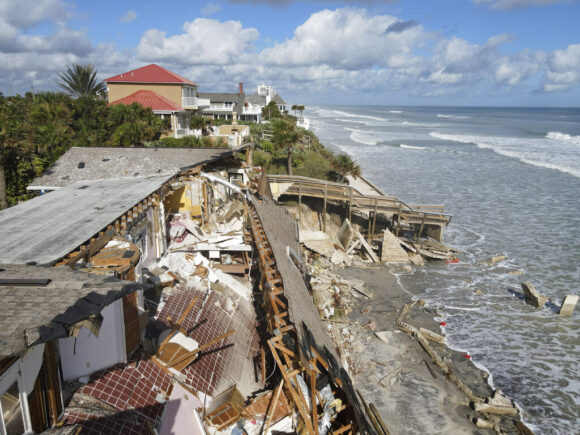 The Republican announced the funding at a news conference in Daytona Beach Shores, which was heavily damaged by the storms last year.

The money is part of a legislative package approved by state lawmakers during a special session in December that focused on property insurance following the storms.

Hurricane Ian, a Category 4 storm, made landfall in southwest Florida in late September and tore across the state, causing widespread damage. Hurricane Nicole then hit in November, making landfall on the eastern coast of Florida, slamming areas where Ian had caused severe beach erosion just weeks earlier. Numerous condominiums, hotels and other beachfront structures were undermined and damaged by waves and erosion.