Florida Citizens Expects 5,000 claims and $63 Million in Losses from Nicole 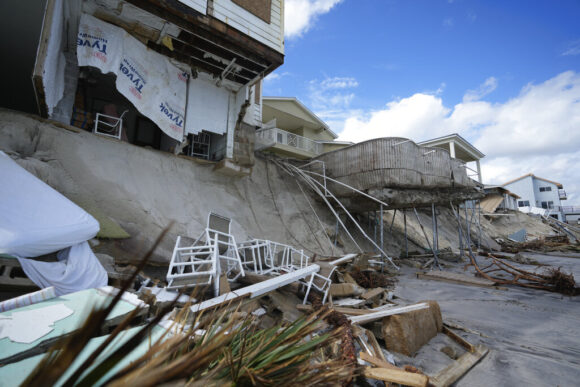 Modeled losses plus loss adjustment expenses – but not including anticipated litigation costs – will come to about $63 million, a spokesman for the state-created insurer said. Some 1,679 claims have been filed so far with Citizens and officials expect as many as 5,000 altogether.

For all carriers, the Florida Office of Insurance Regulation has reported 7,212 claims, through Monday, with an estimated insured loss of $72 million for Nicole, so far. The largest number of claims have come from Brevard County, home to Cocoa Beach and Cape Canaveral. But Volusia County, just to the north, may see the greatest dollar amount of losses. County officials there have estimated some $522 million in damages, and a number of beachfront homes collapsed into the sea.

Computer models have projected that the total insured losses from Nicole will range from $750 million to less than $2 billion.