Embedded Insurance Market Could Exceed $70B in Premium by 2030 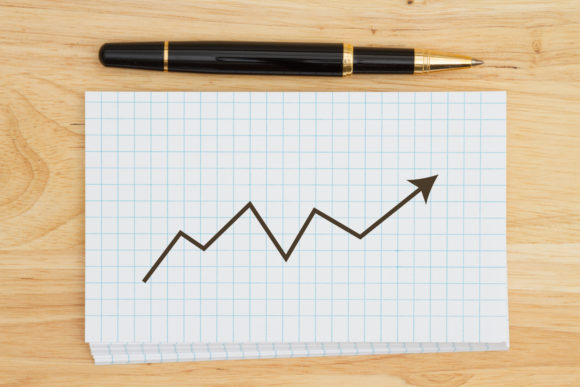 Embedded insurance – a concept in which insurance is wrapped into the purchase of a product at the point of sale – could exceed $70 billion in premium by 2030, according a new report by Conning. This is on par with the entire excess and surplus lines market today, the report added.

The report, The Promise and Perils of Embedded Insurance, stated that while Conning believes some of the predictions about future premium in the embedded insurance space are exaggerated, it does see the market having a significant future impact on both personal and small commercial lines of insurance business.

Conning’s report explored two scenarios for the future growth of the embedded insurance market. In the first, which it said is most likely, insurers and their non-insurance partners would continue to focus on making the insurance purchasing process more convenient while the price of insurance would remain unchanged. Conning said it sees this scenario as having the potential to support a predicted $70 billion market by 2030.

In another scenario, which Conning said is less likely, one or more non-insurance brands would leverage the possible expense savings offered by embedded distribution in order to grow the insurance market through aggressive price competition.

“If this succeeded, the disruptive impact could be far greater, presenting major challenges for insurers employing more traditional distribution approaches,” the company said in a press release about the report.

The report noted that while embedded insurance is still in its early stages and has had a modest impact so far despite attracting some large investments and enthusiasm, it is set for major growth potential in certain markets.

The $179 billion personal auto market is one in which embedded insurance could see success, according to the report, as personal auto is likely to benefit from original equipment manufacturers bringing insurance in-house. This comes as cars continue to embrace telematics and automation. Telematics data could make it easier for OEMs to price their own insurance products, the report noted, adding that most OEMs will likely prefer to operate as managing general agencies rather than as full-stack insurers.

Another potentially successful market for embedded insurance is small business insurance, according to the report. This comes as small businesses have become more accustomed to dealing with non-banking organizations— platforms such as Intuit or Shopify—to obtain services traditionally provided by banks.

The Conning report weighed the benefits and challenges of moving toward an embedded insurance model, noting that proximity to the underlying purchase will likely be a top of mind benefit for consumers. Other benefits the report listed included the simplicity of securing coverage and the idea that the selling brand may be more familiar to and trusted by consumers than an insurance company.

That said, the report stated some common challenges with embedded insurance are little product choice for consumers and regulatory constraints that can add friction to the online buying process.

Embedded insurance has been seen as a transformative trend in insurance distribution, with Sebastien Bert, co-head of strategic partnerships for the Americas at Swiss Re, telling Carrier Management in a June interview that this distribution model is offering a “new generation of insurance where people didn’t buy it before.”

“This is what we kind of dubbed the protection gap where people are either uninsured or underinsured, and they don’t even know about it or just choose not to buy it just because the products are not affordable or are hard to access,” he said. “This is where embedded insurance can really help bridge the gap.”

InsurTech founder and entrepreneur Keith Moore echoed these thoughts in a September interview with Carrier Management after the launch of his InsurTech with the same name as the concept, Embedded Insurance.

“We want to be part of that point of need when people are making a transaction or they’re increasing their risk profile by taking an action — whether it’s taking out a loan or applying for a marriage license or whatever it may be,” he said. “Anytime they’re increasing their risk profile, we want to give them the opportunity to insure against that risk to protect themselves.”

However, those working in the embedded insurance space, such as Moore and Bert, remain optimistic that this model will allow for customer information and data offering greater personalization and efficiency – something Bert said customers increasingly crave out of the insurance buying experience.

“Customers are looking for bundled products and more personalization, and that applies to all services, so insurance is not excluded from that,” he said. “We bring the insurance to where people live, shop and work.”

Founded in 1912, Conning is an investment management firm with a history of serving the insurance industry. It supports institutional investors, including insurers and pension plans, with investment services, risk modeling software, and industry research.