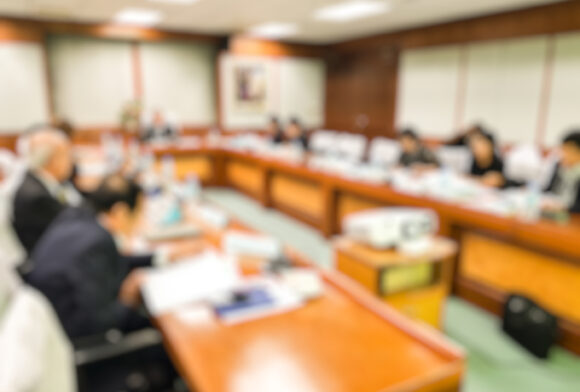 Public and private D&O buyers are seeing more competitive conditions, fueled by a reduced number of U.S. securities class actions, a slowdown in M&A activity, as well as an influx of new market entrants. However, the risk landscape is ripe for more frequent and severe D&O claims in 2023, according to a report published by Allianz Global Corporate & Specialty (AGCS).

Global insurance pricing for D&O recorded double-digit increases in all key markets in 2021, but has begun to stabilize in 2022 with rate softening and declining premiums during a year of continued market improvement, said the report, titled “Directors and officers (D&O) insurance insights 2023.”

“Buyers are seeing more competitive conditions fueled by significant capacity in excess layers and a slowdown in IPO and M&A activity creating a lack of new business opportunities,” the report said.

“However, there is still a lot of risk facing insurers as macroeconomic issues and a potential slowdown loom, conditions which typically lead to an uptick in D&O claims,” said Vanessa Maxwell, global head of Financial Lines at AGCS, in a statement accompanying the report.

“Inflation is likely to influence future claims through larger settlements. Cyber risk remains at an elevated level and is now seen as a core duty of D&Os, with increasing scrutiny on how they respond. Meanwhile, ESG-related liabilities – whether it is inadequate action on climate change or diversity and inclusion issues – can potentially become significant exposures for D&O insurance as well,” she continued.

The report went on to list the five main factors that could lead to a company and its board of directors being sued by investors or other stakeholder groups in 2023. These factors are detailed below.

1). Economic and recession risks. An economic downturn typically brings a higher risk of D&O claims, the report said. “Inflation, the energy crisis and supply chain issues are areas of risk that D&O insurers are monitoring closely,” said David Van den Berghe, global head Financial Institutions at AGCS, who was quoted in the report.

The report explained that the likelihood that a public company will be sued in a securities class action increases when financial performance is poor and a company’s share price drops. “One of the most pressing questions is which firms will be able to offset higher wage bills, energy costs and borrowing costs with productivity enhancement,” it added.

The sectors most at risk of a liquidity and profitability squeeze are construction, transportation, telecoms, machinery and equipment, retail, household equipment, electronics, automotive, and textiles, according to Allianz Research. Overall, insolvencies are expected to increase by more than 19% in 2023 globally, the report noted.

2). Cyber security struggles. The growing numbers of data breaches are devastating to the companies affected as a result of fines, costly breach notification procedures, business interruption, and intensely negative publicity, the report indicated. As a result of these trends, AGCS said that investors increasingly view cyber security risk management as a critical component of a company board’s risk oversight responsibilities.

“Around the world, directors have already been called to account, including in derivative and direct litigation, due to their alleged failures to institute appropriate corporate governance to protect against cyber security risk,” the report continued. “Moreover, major breaches experienced by publicly traded firms have damaged investor confidence, causing rapid share price drops, and, thereby, becoming ‘events’ which can give rise to costly class action securities litigation.”

3). ESG disclosures and exposures. Increasing compliance requirements and the prospect of regulatory or legal action resulting from a range of ESG issues are affecting directors and their insurance policies, the report said.

“Regulatory action due to ESG-related issues is a major concern for directors – a breach in regulations can trigger a D&O policy, subject to its terms and conditions,” explained Lydia Miller, global underwriting and product analyst, Financial Lines at AGCS, who was quoted in the report. “Although criminal fines and penalties are not covered, a policy can cover defense costs until such conduct has been established. Government oversight can pressure boards to ensure businesses are complying with legislation.”

In addition to new laws and regulations around the world, companies and their directors and officers also face increasing litigation from environmental groups, activist investors and even disgruntled employees, the report stressed.

The report noted that securities class actions against so-called Special Purpose Acquisition Companies (SPACS) dropped during the second half of the year. As of the beginning of November, there have been 23 SPAC-related class action filings in 2022, compared with 32 for all of 2021, said the report, noting that the reasons for this shift remain unclear.

“Given the number of recently-completed SPAC mergers with private companies and the number of SPACS still in search of target companies for acquisition, we may yet see a large number of related class actions ahead,” says David Ackerman, co-head of Global Practice Group for Commercial D&O and Financial Institutions Claims at AGCS, who was quoted in the report.

“At the same time, rules recently proposed by the US Securities Exchange Commission around SPAC Initial Public Offering (IPO) disclosures and disclosures in connection with de-SPAC transactions may significantly reduce the future attractiveness of SPACs as a going public model in comparison to traditional IPOs,” he added.

While the frequency of new U.S. filings has been declining and 2022 is expected to continue this downward trend, according to Cornerstone Research, the aggregate quantum of damages potentially at issue has skyrocketed, the AGCS report said.

“This year, very large cases have represented a disproportionately higher share of aggregate alleged shareholder losses than the historical averages over the past 20 years,” it continued. “By at least one measure, lawsuits filed against only three communications industry companies account for as much alleged investor loss as the aggregate of all securities class action lawsuits filed in 2021.”

The report highlighted a notable trend to watch: the increased targeting of cryptocurrency companies. Ten suits were filed in the first half of 2022, compared to 11 for all of 2021, 13 in 2020 and four in 2019.

“[A]ntitrust enforcement actions can lead to ‘follow on’ civil D&O claims, both against companies and against individual directors and officers,” according to Angela Sivilli, co-head of Global Practice Group for Commercial D&O and Financial Institutions Claims at AGCS, who was quoted in the report.

“While antitrust enforcement actions would not typically trigger entity coverage under a D&O insurance policy, as they are not securities claims, such a ‘follow on’ action may well trigger coverage in the absence of an antitrust exclusion,” Sivilli explained.

The report said that individual directors and officers may be liable under antitrust laws, corporate law or federal securities laws, facing both criminal and civil liability, the AGCS report said.