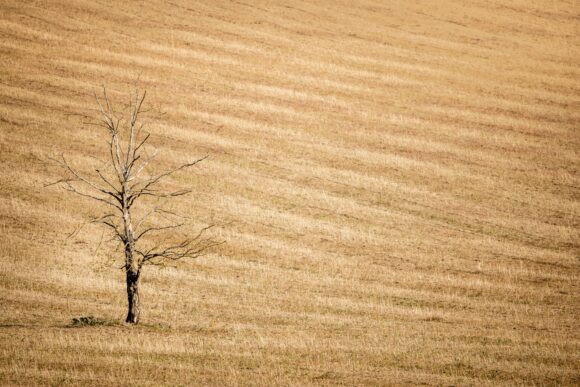 Delegates from nearly 200 countries kicked off the U.N. climate summit in Egypt on Sunday with an agreement to discuss compensating poor nations for mounting damage linked to global warming, placing the controversial topic on the agenda for the first time since climate talks began decades ago.

The agreement set a constructive tone for the COP27 summit in the seaside resort town of Sharm el-Sheikh, where governments hope to keep alive a goal to avert the worst impacts of planetary warming even as a slew of crises – from a land war in Europe to rampant inflation – distract the international focus.

For more than a decade, wealthy nations have rejected official discussions on what is referred to as loss and damage, the term used to describe rich nations paying out funds to help poor countries cope with the consequences of global warming for which they bear little blame.

At COP26 last year in Glasgow, high-income nations, including the United States and the European Union blocked a proposal for a loss and damage financing body, instead supporting a three-year dialog for funding discussions.

But pressure to address the issue has been increasing as weather calamities mount, including this year’s floods in Pakistan that caused economic losses of more than $30 billion and left hundreds of thousands homeless.

“The inclusion of this agenda reflects a sense of solidarity for the victims of climate disasters,” COP27 President Sameh Shoukry told the opening plenary.

He added the decision created “an institutionally stable space” for discussion of funding for loss and damage, and that the talks are intended to lead to a conclusive decision “no later than 2024.”

The issue could ramp up diplomatic tensions already stretched by Russia’s war on Ukraine, a surge in energy prices and the risks of economic recession triggered by inflation.

Bangladeshi-based environmental research body, the International Centre for Climate Change and Development, said it was “good news” loss and damage was officially on the agenda.

“Now the real work begins to make finance a reality,” said Saleemul Huq, director of the center who serves as an adviser to the Climate Vulnerable Forum group of 58 countries.

The climate talks begin under a cloud of skepticism that world governments are doing enough to address global warming.

A United Nations report released last week showed global emissions on track to rise 10.6% by 2030 compared with 2010 levels. Scientists say those emissions must drop 43% by that time to limit global warming to 1.5 degrees Celsius (2.7 degrees Fahrenheit) above pre-industrial temperatures as targeted by the Paris Agreement of 2015 — the threshold above which climate change risks spinning out of control.

Rich nations are also underperforming on a promise to provide $100 billion per year by 2020 to help developing countries cut CO2 emissions and adapt to climate change, for example by building infrastructure to protect drinking water supplies from rising seas.

And many countries, including the United States and members of the European Union, are calling for increased supply of fossil fuels to help bring down consumer energy prices, a trend that risks delaying a global shift toward cleaner energy.

Despite increased momentum to address loss and damage due to a rise in climate change-fueled disasters, COP27 faces headwinds to raising cash – with western governments’ budgets depleted from huge spending to shield their citizens from the economic fallout of the war in Ukraine.

By comparison, some research suggests climate-linked losses could reach $580 billion per year by 2030.

Inside the U.N. negotiations this week, small island states – whose vulnerability to climate change has seen them play an outsized role in past U.N. talks – will push a proposal for a U.N.-hosted “response fund” to pool and distribute cash to countries struck by disasters.

Others are looking outside of the formal U.N. negotiations, where any deal requires unanimous approval from all countries and progress can be achingly slow.

The “V20” group of 58 climate-vulnerable countries and the Group of 7 rich nations will launch a “Global Shield” to strengthen insurance and disaster protection finance. Germany is expected to commit money for the scheme.

“What’s needed is a mosaic of approaches,” said Alex Scott, climate diplomacy expert at think tank E3G. Scott said this should also include fixing issues with existing U.N. climate funds, which struggle with years-long delays in dispersing finance and complex application processes that prevent some poor countries from accessing support.