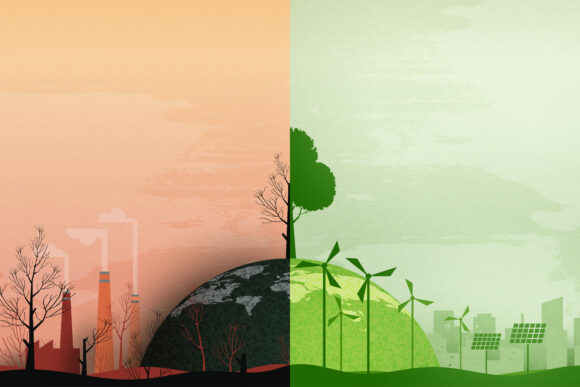 A return to Davos by corporate titans and their bankers after recent record Alpine temperatures has turned a spotlight on just how quickly they are moving to rein in carbon emissions.

The number of organizations pledging to get to net-zero emissions by mid-century has soared in recent years, up 60% to more than 11,000 in September 2022, U.N. figures showed.

Yet the world remains on course to miss its climate goals.

Several bankers and executives at this year’s World Economic Forum (WEF) annual meeting in the Swiss ski resort of Davos said they were looking for ways to speed up the transition to a greener future.

Increasingly, they said conversations in C-suites and with financiers had turned to the risks that climate change presented to businesses.

“Suddenly people have realized that it is something that’s not just a way of presenting things, but that it is a necessity for survival,” said André Hoffmann, vice chairman of Swiss drugmaker Roche ROG.S.

While there is agreement on the need for change, people were divided on the pace. Climate activist Greta Thunberg made the journey up the Swiss Alps to call on the global energy industry and its financiers to end all fossil fuel investments.

Privately, bankers said the energy crisis in Ukraine had shown that they needed to fund a transition to renewable energy, which would take time.

Despite scientists warning last year that time was running out for humanity to cap global warming and limit devastating weather events, 2022 was dominated by Russia’s invasion of Ukraine and an economy-damaging spike in inflation.

Executives from some of the leading U.S. financial firms also faced growing pressure from domestic right-wing politicians to row back on efforts to reflect environmental issues in their investment decision-making.

Yet with regulators across the world bringing in tougher rules to better police ‘sustainable’ activities – and with more bad practice being challenged in court – executives in the Swiss mountain resort said they were focused on sustainability.

Suni Harford, the president of UBS’s asset management arm who leads the bank’s sustainability efforts, said her conversations at Davos suggested no let up in focus on climate, despite the shorter-term pressures.

“Clients are becoming ever more informed on the energy transition, demand for sustainable and green products has held up well, and clients are increasingly looking to measure the impact of their portfolios.”

Despite the strong growth in pledges, the world was on course to miss its goal of capping global warming at 1.5 degrees Celsius above the pre-industrial average, heading instead towards 2.8 degrees, the U.N. Secretary-General told delegates.

António Guterres gave a fresh warning about the dangers of shoddy corporate efforts to get to net-zero emissions, and called for faster action.

“Put forward credible and transparent transition plans on how to achieve net zero – and submit those plans before the end of this year,” Guterres said in a speech. “The transition to net zero must be grounded in real emissions cuts.”