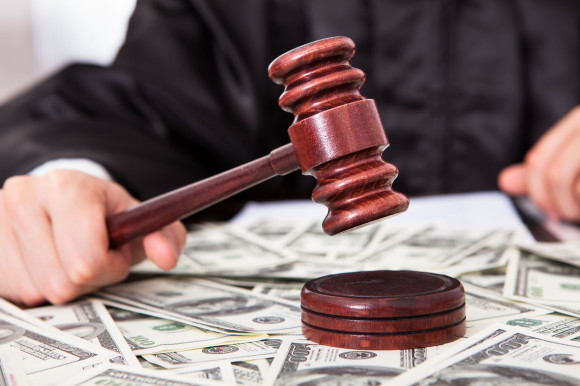 The mother of a 13-year-old girl who died from an asthma attack at a Southern California school will receive $15.75 million from the school district, their lawyers announced.

The suit said the girl, who had a history of asthma attacks on campus, began having breathing problems on Oct. 31 after her class walked to an athletic field for a Halloween “pumpkin chuckin’ contest” at Mesa View Middle School in Calimesa, east of Los Angeles.

According to the suit, the girl’s science teacher, who hadn’t read her student profile noting her condition, sent Adilene and a friend back up a hill to the classroom to retrieve her inhaler. But although she used it her condition worsened during the walk back, which was 366 yards or more than the length of three football fields, the suit said.

Adilene then was allowed to go to the nurse’s office, which meant walking back up the hill again despite her breathing problems, the suit said.

On the way, Adilene and her friend were finally spotted by a campus monitor and taken to the health office in a golf cart but the girl was gasping for breath, couldn’t talk, and finally stopped breathing. She was revived via cardiopulmonary resuscitation but died nine days later at a hospital, said the suit.

Her mother sued, contending that the school had violated its own safety policy requiring an adult chaperone to escort a student with breathing problems to the nurse.

“This was not about the money. It’s about not letting that happen to another family,” Edith Sepulveda said, according to the Riverside Press-Enterprise.

“You know we send our kids to school and they are supposed to give them back to us, and I didn’t get her back,” Sepulveda told KCBS-TV.

In addition to the money, the school district promised to make changes to its procedures for dealing with students with identified medical issues, including having a pulmonologist train staff members about caring for youngsters with asthma.

An email seeking comment from the law firm that represented the school district in the case wasn’t immediately returned.