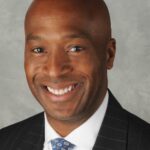 Beal’s background is in national distribution management and underwriting. Before joining Nationwide, Beal was a senior vice president and P&C market relationship leader at Wells Fargo. Prior to Wells Fargo, he held several positions at Travelers, including regional director of field management.

The Wholesale and Specialty Insurance Association (WSIA) Diversity Foundation Board has added eight new members. The board now includes 13 industry professionals passionate about DE&I work and its importance to WSIA member firms.

These new board members join Carlton Maner, AXIS; Brenda (Ballard) Austenfeld, RT Specialty; Emma Garner, CRC Group; Janet Jordan-Foster, AXIS; and Terrance Meade, Amwins Group who have served on the board since its inception in 2021. The WSIA is based in Kansas City, Missouri.