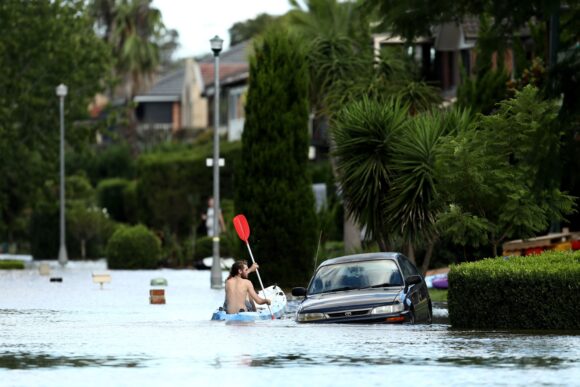 Australia will experience an increase in extreme heat, intense rainfall and coral-bleaching events, as well as longer fire seasons and more rapidly rising sea levels, according to the government’s chief science and weather agencies.

In a dire report released Wednesday that will add to pressure on the government to take firmer action on climate change, the Commonwealth Scientific and Industrial Research Organisation and the Bureau of Meteorology said rising greenhouse gas levels are causing the climate to warm and extreme weather events to become more frequent.

In Australia, one of the world’s biggest coal and gas exporters, the government this year legislated a 43% cut to carbon dioxide emissions from 2005 levels by 2030, bringing it closer in line with allies including Canada, South Korea and Japan. Still, the country — for years an outcast on climate policy among developed nations — is seen by activists to have fossil-fuel policies that lag behind the US, European Union and the UK.

Australia experienced devastating wildfires in the summer of 2019-2020, which burned through an area about the size of the UK, before being hit with one of its most significant flood periods on record during the 2021-22 La Niña event.

Australian grain growers are again counting the cost of widespread flooding ahead of the harvest season, while many inland towns in the country’s east are trying to rebuild after extensive property damage.

Australia has warmed on average by 1.47C since 1910, the bureau’s manager of climate environmental prediction services, Karl Braganza, said in a statement. Ocean temperatures around the country have risen by more than 1C since 1900, he added.

The decline in fossil-fuel emissions of carbon dioxide linked to the COVID-19 pandemic will have a “negligible impact” on climate change, with pollution levels back to near pre-pandemic levels, according to the report.

Photograph: A local resident paddles past a submerged car in the suburb of McGraths Hill in Sydney, Australia, on Wednesday, March 24, 2021. Photo credit: Brendon Thorne/Bloomberg