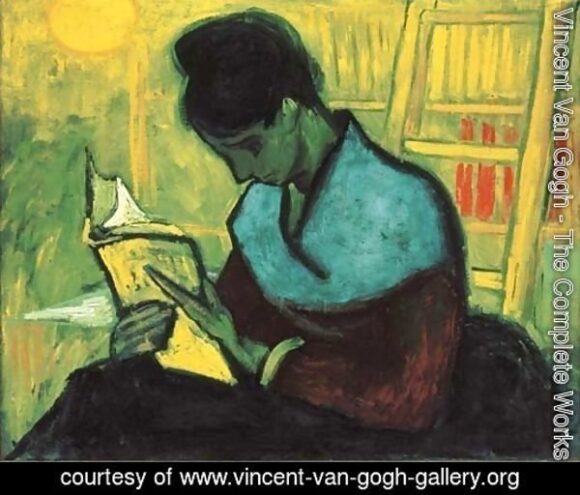 In October, the Detroit Institute of Arts pulled back the curtains on its three-month Van Gogh exhibit, proudly boasting that its expo of 74 paintings was one of the largest-ever collections assembled of the Dutch master’s famous works. Now a collector claims one of them was stolen from him.

Brazilian art collector Gustavo Soter filed a lawsuit in federal court Jan. 10 alleging that the 1888 painting “Une liseuse de romans,” or “a novel reader,” was stolen from him after he bought it in 2017 for $3.7 million and that he’s been hunting for it ever since. Soter claims the painting is now worth $5 million and wants the court to force the musuem to release it to him as soon as possible and award damages and costs.

The lawsuit is a disappointing turn for the DIA, whose staff managed to collect dozens of paintings to display in addition to the six the museum already owned. It was a coup for the institute, which was the first American museum to buy a Van Gogh when it bought a self-portrait in 1922 for $4,200.

The judge issued an order that the painting not be moved from the DIA. A hearing is scheduled for Jan. 19.

Soter, whose firm Brokerarte Capital Partners LLC filed the suit, said in documents that he acquired the painting and then almost immediately transferred the work, but not the title, to a third party. Then the painting disappeared, he said.

The documents didn’t say who the third party was or why the painting was given to that person. Soter’s attorney, Aaron Phelps, didn’t return phone calls seeking comment.

DIA spokeswoman Megan Hawthorne said, “No allegation of misconduct by the DIA has been alleged, and there has been no request or order for any modification to the exhibition. The DIA will continue to act in accordance with all applicable laws and museum best practices.”

She also said the painting allegedly stolen wasn’t part of the DIA’s in-house collection and was borrowed from another collection for the exhibit. The placard next to the painting says it was donated by a private collector in Sao Paolo.

“The loan was accepted in accordance with best museum practices and is subject to the protections of applicable Federal law through registration with the US Department of State,” Hawthorne said in a statement.