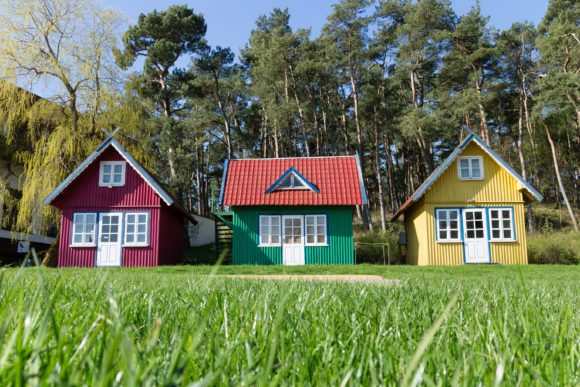 Orange County planners outlined a variety of strategies Tuesday for county commissioners to consider as the board searches for answers to boost lagging home construction, considered to be at the root of the region’s deepening housing crisis.

One solution may be “tiny homes,” typically living spaces of 500 square feet or less.

“Tiny homes are now permitted by the Florida building code and the building division is considering the adoption of a tiny-home appendix,” said Alyssa Henriquez, who was part of a development and planning team that delivered a 90-minute strategy overview. “We’re also looking at the use of surplus (county-owned) properties, foreclosures and tax deeds to provide to nonprofit organizations.”

According to thetinylife.com, a website promoting the minimalist movement, the average cost of a tiny home is small, too. Tiny-house market trends show the homes cost between $10,000 and $40,000 and upkeep is relatively low, the site says.

By comparison, in November, two of every three single-family homes sold in Orange County cost $300,000 or more.

Nearly 30% sold for at least $500,000. The commission largely embraced the fresh ideas.

“I think it’s such a key component to our overall housing-crisis conversation,” said Commissioner Nicole Wilson, whose west Orange district includes real-estate hot spots Horizon West and Winter Garden. “There was so much attention given (last year) to rent stabilization but this is where the rubber meets the road and we figure out, really, how do we provide inventory up and down the line?”

Some proposals will require the board to adopt policy changes and streamline the permitting process.

Jon Weiss, promoted Tuesday to deputy county administrator, led the discussion, which built on an action plan drafted by the Housing For All Task Force, a 38-member group of experts assembled by Orange County Mayor Jerry Demings at the beginning of his first term.

“We’re still in a crisis,” Weiss said. “We still have an awful lot of work in front of us.”

He said the county may be willing to convert failing commercial properties into housing.

“You’ve got these sort of dead, dying or underutilized shopping centers,” Weiss said, speaking hypothetically. “What else could it be? There may be opportunities for housing or some type of redevelopment. … We think there’s a lot of opportunities across the county for that.”

By adding housing inventory, the county could loosen the tight rental market

When demand for housing outpaces supply, home values climb, putting home ownership out of reach for many, Weiss said.

The county continues to be one of the fastest-growing areas in the nation. Some estimates predict the county population will swell by 700,000 over the next three decades, surpassing 2 million residents.

Average rent rose again in Orange County in 2022, up about 6.2% over 2021 to $1,803 a month, Weiss said. Despite the burden of rental costs, the occupancy rate countywide was about 92% at year’s end. In 2022, property owners sought to evict nearly 16,000 tenants, most for nonpayment, court records show. The total filings are the most in a year since at least 2009, according to the Orange County Clerk of Courts.

Housing issues dominated much of county government’s business last year. As evictions soared in 2022, commissioners listened to citizens’ pleas for relief and responded by putting a rent stabilization measure on the November ballot to impose a one-year cap on rent hikes. It won 59% of votes cast despite a million-dollar ad campaign against it.

But landlord groups who couldn’t win the election sued to stop the rule from taking effect.

Lawyers for Orange County filed an appeal Dec. 9 with the Florida Supreme Court. If the appeal fails, county taxpayers could end up paying the landlord groups’ lawyer fees. The county’s allies include the National Housing Law Project, Florida Rising, Central Florida Jobs With Justice and Hablamos Espanol, which asked the state’s high court last week to let them weigh in on behalf of rent-burdened residents.

In a request to participate, lawyer Berbeth Foster noted the organizations represent working-class voters who would be at imminent risk of homelessness without a rent cap.