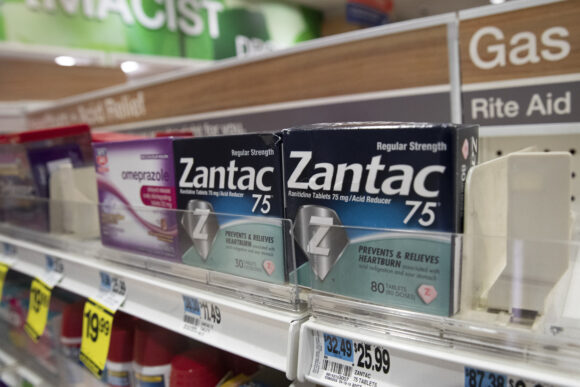 Reports about the risk of carcinogens in Zantac heartburn medications may be piling up, and lawsuits over the discontinued drug have topped more than 100,000 nationwide. But a proposed class action involving dozens of plaintiffs has now been been dismissed after courts found that it was improperly framed.

The 11th U.S. Circuit Court of Appeals held that Plumbers & Pipefitters Union Local 630 Welfare Fund had failed to challenge the drug manufacturers’ assertion that the complaints amounted to “shotgun pleadings,” impermissible under federal court rules. The court upheld a lower federal court’s dismissal of the suit in the Southern District of Florida. The local union is in south Florida.

“Plumbers was put on notice, before it filed its initial brief, that a failure to challenge the district court’s shotgun pleading ruling could be problematic,” the court wrote. “By not contesting that ruling, Plumbers has given us no choice but to affirm the dismissal…”

The case is one of many in the Zantac litigation, and was closely watched because it was a consolidated third-party payer class action. The suits over Zantac began more than three years ago, after the drug, known generically as ranitidine, was pulled from the market after the active ingredient was shown to be unstable and produced high levels of the chemical N-Nitrosodimethylamine, or NDMA, a known human carcinogen.

The Plumbers union had paid for the heartburn drugs for its members, and it sued GlaxoSmithKline and Boehringer Ingelheim Pharmaceuticals for violations of federal anti-racketeering laws. The plaintiffs also named manufacturers of generic versions of the drug, charging them with negligence, fraud and other torts. Other plaintiffs have included Pfizer as well as distributors and retailers in their suits.

In a related case also decided this week, two plaintiffs had hoped to revive their challenges after a district court dismissed a consolidated batch of suits.

Those plaintiffs, one from Illinois, and one from Alabama, argued that the district court’s dismissal of a group of complaints – due to shotgun pleadings issues — did not preclude them from filing individual actions. The brand-name drug manufacturers countered that the appeal was an end-run around the earlier dismissal and was premature.

This week, the 11th Circuit upheld the dismissal.

The opinion explained that plaintiff Arthur Cartee started taking ranitidine products in 2006 and developed prostate cancer in 2012. Marilyn Williams began the meds in 2011 and was diagnosed with abdominal and ovarian cancer five years later.

Williams pursued a similar strategy. The defendant companies asked the district courts to dismiss those claims and the appeals of the dismissals.

“The defendants ask us to dismiss the appeals of Mr. Cartee and Ms. William for lack of appellate jurisdiction because the orders dismissing the MPIC (master personal injury complaint)—which they argue merged the personal injury cases against them—are non-final and non-appealable,” the 11th Circuit explained.

The plaintiffs argued that their cases may be consolidated but their individual rights to appeal are unaffected by the multi-district litigation. Their attorneys contended that their previous actions, thanks to the district court’s dismissal, were “more or less dead,” allowing the more recent actions to proceed.

The appeals court felt otherwise, noting that the larger litigation questions have not been fully decided. The judges went so far as to quote from the 1987 pop film, “The Princess Bride:” “There’s a big difference between mostly dead and all dead. . . . Mostly dead is slightly alive.”

“At the moment there is no final ruling putting their operative complaints—the combination of the MPIC and their individual SFCs—to rest,” the 11th Circuit opinion concluded. “For that reason, we lack jurisdiction to consider their appeals. The defendants’ motions to dismiss these appeals are granted.”

The dismissals come three months after another Zantac lawsuit was dropped. The makers of the generic version of Zantac in August agreed to a $500,000 settlement with an Illinois man who argued that his esophageal cancer was caused by the medication.

Drug companies have continued to question Zantac’s reported link to cancer and said the NDMA levels were close to what was already found in food.