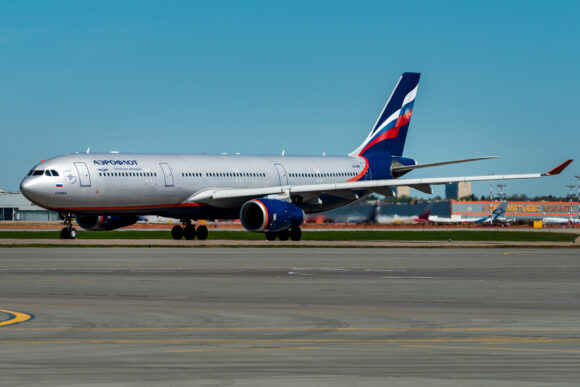 BOC Aviation Ltd. has begun legal action in pursuit of claims against 16 insurers over aircraft the lessor owns that are stuck in Russia, an Irish High Court filing shows.

The insurers named in the proceedings, which the filing shows were issued on Nov.3, include Lloyd’s of London Ltd., AIG Inc., Chubb Ltd. and Swiss Re AG.

Lloyd’s and Swiss Re declined to comment and AIG and Chubb did not immediately respond to requests for comment on BOC’s legal move, which did not include details on the size of the lessor’s claim.

Leasing firms have begun pursuing claims over huge losses since losing control of more than 400 leased planes worth almost $10 billion after Western countries sanctioned Russia over its February invasion of Ukraine and Moscow blocked the jets from leaving.

Singapore-based BOC recognized an $804 million asset write-down in August relating to the 17 aircraft it owns that remain in Russia, saying it was unlikely to be able to recover the jets “in the foreseeable future, if ever.”

BOC said in August that it had filed insurance claims to recover the losses and would vigorously pursue them.

Its Chief Executive Robert Martin told analysts in August that the proceedings “will keep lawyers busy for many years” and may require a complete rethinking of aviation insurance.

Dublin-based AerCap Holdings, the world’s biggest aircraft lessor, in June filed a $3.5 billion lawsuit at London’s High Court over its insurance claim for more than 100 seized planes, the largest claim by any lessor related to the conflict.

(Reporting by Padraic Halpin in Dublin; additional reporting by Carolyn Cohn in London; editing by Alexander Smith and Jonathan Oatis)