$78M Grant Promises Upgrades for One of Philadelphia’s Deadliest Roads 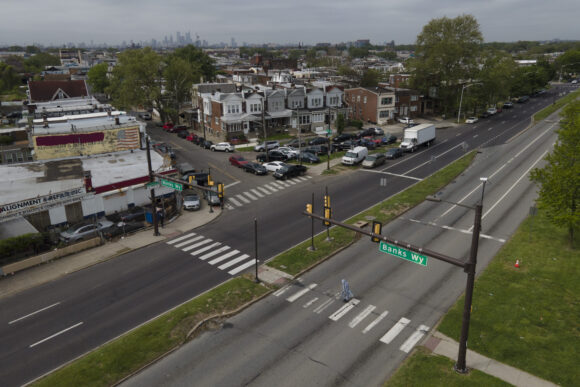 Federal and city officials say a new $78 million federal grant will be used to make major safety improvements along a Philadelphia boulevard called one of the most dangerous in the city.

The U.S. Department of Transportation grant will be used to modernize and upgrade traffic signals along Roosevelt Boulevard as well as reconfiguring intersections, putting up new median barriers and “pedestrian refuge” islands and installing designated bus lanes, officials said.

The 12-lane boulevard, an almost 14-mile (23-kilometer) maze of chaotic traffic patterns, passes through some of the city’s most diverse neighborhoods and census tracts with the highest poverty rates. Cars moving between inner and outer lanes can make driving dangerous, but biking or walking can be worse with long pedestrian crossings that can take four light cycles to cross.

U.S. Sen. Bob Casey, D-Pa., in announcing the funding earlier this month, said crashes along the boulevard since 2016 have killed at least 75 people — 41 percent of them pedestrians trying to cross — and seriously injured 119 others.

Michael Carroll, deputy managing director for Philadelphia’s Office of Transportation, said Monday that short-term projects are expected to be underway by 2025 and the city aims for zero deaths along the boulevard by 2030, The Philadelphia Inquirer reported.

Photo: A pedestrian crosses at the eastbound side of Roosevelt Avenue on at the Banks Way crosswalk, Thursday, May 12, 2022, in Philadelphia. Roosevelt Boulevard is an almost 14-mile maze of chaotic traffic patterns that passes through some of the city’s most diverse neighborhoods and Census tracts with the highest poverty rates. Driving can be dangerous with cars traversing between inner and outer lanes, but biking or walking on the boulevard can be even worse with some pedestrian crossings longer than a football field and taking four light cycles to cross. (AP Photo/Julio Cortez)